Home » Health News » How Exercise May Protect Your Memory 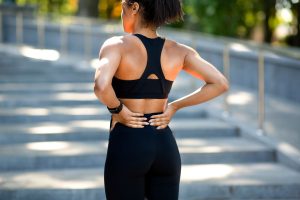 There is plenty of data to show that more activity can lead to more brainpower and a lower likelihood of memory loss and thinking trouble with age.

Now a new study offers a suggestion how.

The relatively small study featured 134 people with an average age of 69 who had no memory problems. Each completed questionnaires about their physical activity levels over the past year.

Researchers also took physical information about the participants. They noted their Body Mass Index, or BMI, which estimates body fat based on height and weight, insulin levels, cholesterol, blood pressure, and other health indicators.

Brain scans showed that people with the highest amount of physical activity had a higher total of gray matter in their brains, while the least active people had the least. Gray matter is thought to be a part of the brain highly involved in information processing.

When the researchers honed their focus on areas of the brain that are particularly affected by Alzheimer’s, they found similar results.

The most active participants also had a higher average rate of glucose metabolism in the brain than those who were least active, meaning their brain is using up blood sugar for energy more efficiently. Reduced glucose metabolism is a marker of dementia.

One area that activity did not seem to influence was the presence of amyloid plaque, which is another marker of dementia.

Although the findings did not prove how activity may influence memory and thinking, it does offer an association that can help lead to further study and potential treatments or preventative techniques against dementia.

For you, it means that if you want to delay or prevent Alzheimer’s and dementia, boosting activity may help.