Home » Cancer » Prevention » How Do Sleep Problems Lead to Cancer? 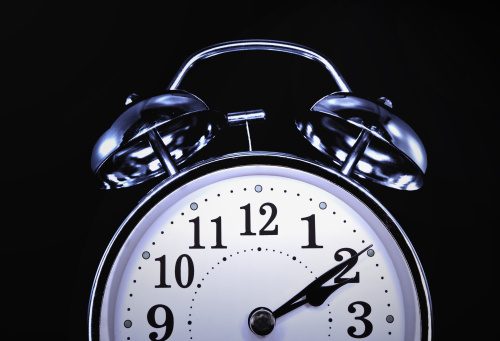 Sleep pertains to that nocturnal ritual that is characterized by a lack of voluntary muscle movement and consciousness, as the body recharges itself for the next busy day.  Sleep problems, also known as sleep disorders, are disruptions in these evening rest periods, resulting in various physical and mental effects.  One of the most common sleep problems is insomnia, which is characterized by an inability to sleep or in some cases, not being able to sleep for hours in one evening.

Earlier Research on Cancer and Sleep

Earlier research has shown that sleep problems associated with insomnia may result in poor concentration in daily tasks, as well as reduced quality of life.  However, recent studies have shown that insomnia may also influence the occurrence of cancer.  In a recent report published in the journal Public Library of Science ONE (PLoS ONE), cancer patients who experienced sleep problems such as insomnia were found to respond differently to cancer treatments.

The Cancer and Sleep Study

Using a study population consisting of approximately 167 cancer patients, the study participants were asked to complete a questionnaire that asked information about their sleeping habits before, during, and after cancer treatment.  The questions also asked for details about the occurrence of insomnia, including the number of times each week that they could or could not sleep, as well as the usual number of hours that they sleep each night.  The answers provided by the study participants were then compared with their cancer stage, progression, and outcome during treatment.  Other factors were also considered in the study, including gender, age, immune system status, and mutations in specific genes associated with inflammation and cancer.

Those Who Experienced Insomnia and Other Sleep Problems

The results of the study were quite interesting.  Two major groups were established, based on the degree of insomnia that the study participants were experiencing.  The low sleep disturbance group consisted of cancer patients that experienced insomnia for a couple of times each week, whereas the high sleep disturbance group suffered from the sleep disorder most of the week.  In addition, the study also showed that those patients experiencing a high frequency of insomnia each week were younger than those struggling with the sleep disorder only a few times every week.

Genetic analysis using blood extracted from the cancer patients showed that a specific mutation in an interleukin gene, IL-6, which plays a major role in the body’s immune system, were also strongly associated with the frequency of insomnia.  It is important to understand that these patients need to get plenty of rest in order to charge their bodies, especially after undergoing chemotherapy or radiation treatment.  The lack of sleep each night would thus affect their bodies’ response to the treatment and possibly even reduce the effects of the treatments.

The results of this study provide a better understanding on the effects of sleep not only on general health, but also the chances of responding to treatment for major illnesses.  Although the report indicates that age and genetic factors also influence the occurrence of sleep disorders, it is also essential to recognize that receiving chemotherapy and radiation therapy may also affect one’s quality of life.  It may also therefore be helpful for these patients to find ways in relaxing, which may strengthen their immune system to fight other complications of the disease.