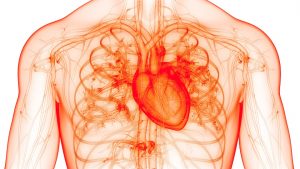 Diabetes and heart problems are a common pairing. But it’s possible that diabetes may make it more difficult to spot a common condition that could result in severe consequences.

A-fib is a condition that influences heart rhythm. If left undetected and untreated, it can lead to blood clots, stroke, heart failure, and other complications. At least 2.7 million people in the United States have a-fib, and that number is expected to jump to more than 12 million by 2030.

Type 1 and 2 diabetes both increase the risk of the heart rhythm disorder, so researchers looked into whether symptoms and complications are different in people with diabetes and those without it.

The study included 2,400 a-fib patients in Switzerland, of which about 14 percent had diabetes. The average age of participants was 74.

Results revealed that, compared to people without diabetes, diabetics were 25 percent less likely to recognize common symptoms of a-fib like a rapid heartbeat.

These results suggest diabetics need to be screened more often for a-fib in order to catch it early and reduce the likelihood of severe outcomes.

If you’ve got diabetes, do your best to book a trip to the doctor and embrace a lifestyle that may help reduce the condition’s impact on overall health.