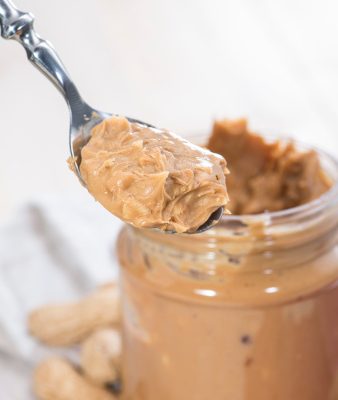 Disorders of the brain can be incredibly difficult to diagnose and treat, simply because of the sheer complexity of brain function. Despite the fact that Alzheimer’s disease is one of the most common forms of brain disorder in the world, researchers still don’t understand its root cause or how to cure it, and must employ a battery of rigorous procedures and medical assessments just to diagnose it.

Faced with rampantly rising rates of Alzheimer’s and with a large portion of clinics lacking access to costly testing resources, a medical grad student came up with a cheap, easy, yet surprisingly effective method of diagnosing this aggressive brain epidemic. And all it involves is some peanut butter and a measuring stick…

Peanut Butter as a Functional Food

A functional food is one that has health benefits beyond just the nourishment of the body. For example, cereal is a source of fiber, and that fiber can reduce the risk of certain types of cancer in individuals. Examples of functional foods include fermented foods (like Kimchi or Natto), probiotic foods, Vitamin-D enriched milk, and now peanut butter.

Peanut butter is a functional food because it can be used to test the sense of smell; it is a pure odorant. This means that it is only detected by your olfactory nerve, responsible for the sense of smell. Researchers have found a way of using this property of peanut butter in the creation of a simple diagnostics test to detect the development of Alzheimer’s disease.


How Peanut Butter Can Be Used to Diagnose Alzheimer’s

When cognitive function begins to decline, it is the cranial nerve that is often affected first. Your ability to smell is connected to your cranial nerve, so testing the sense of smell is a good way to detect functional decline in the brain. UF McKnight Brain Institute Center for Smell and Taste grad student Jennifer Stamps was the first to come up with this idea.

The results of her findings are being published in the Journal of the Neurological Sciences. She worked alongside Dr. Kenneth Heilman, Professor of Health Psychology and Neurology at the University of Florida College of Medicine. Her previous work alongside the doctor involved testing Alzheimer’s patients’ sense of smell, which lead in to this study.

Her test involves two simple and commonly used products – peanut butter and a metric ruler. Patients close their eyes, and one of their nostrils is blocked. One tablespoon of peanut butter is placed near the open nostril, and the patient inhales and exhales normally. The peanut butter is slowly moved closer to the patient’s nostril on the ruler, one centimeter at a time, until the person is able to detect the scent of peanut butter. The same test is done toward the other nostril.

Only 10 of the 24 patients with Alzheimer’s studied showed impairment in their left nostril, but this result led Stamps and Heilman to seed that further research could provide some interesting data on the subject. While at this point, this method only serves to confirm an Alzheimer’s diagnosis, they hope to improve the method so that it can work towards detecting (and ultimately, preventing) the disease. They hope to continue construing such simple tests to diagnose other cognitive impairments, with the goal of providing inexpensive testing methods to clinics that treat those who may not be able to afford more costly testing.