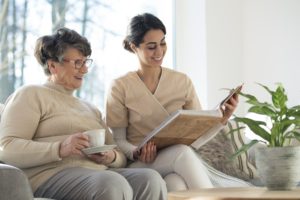 A new study published in the journal Neurology has found that having either high or low levels of hemoglobin in the blood could be linked to an increased risk of developing dementia. Hemoglobin is a protein found in red blood cells that is responsible for transporting oxygen.

There are medical concerns about having both high and low hemoglobin levels in the blood, but this new study helps to outline issues that can arise down the line if untreated. Very low hemoglobin is called anemia and can cause fatigue, shortness of breath, dizziness, and irregular heartbeat. Elevated levels of hemoglobin, known as polycythemia, can cause impaired vision, fainting, or even lead to other problems like an enlarged spleen.

Study author M. Arfan Ikram, Ph.D., of Erasmus Medical Center in Rotterdam, the Netherlands, spoke about the study: “With around 10 percent of people over age 65 having anemia in the Americas and Europe and up to 45 percent in African and Southeast Asian countries, these results could have important implications for the burden of dementia, especially as the prevalence of dementia is expected to increase threefold over the next decades, with the largest increases predicted in the countries where the anemia rate is the highest.”

For the study, 12,305 people were followed with an average age of 65 who did not have dementia. At the start of the study, all participant’s hemoglobin levels were measured, and it was found that overall, 745 had anemia.

Over an average of 12 years, the participants were studied, and the findings showed that during the time, 1,520 people developed dementia. Of those, 1,194 had Alzheimer’s disease.

What they found that was the people with anemia were 41 percent more likely to develop Alzheimer’s disease, and 34 percent were more likely to develop some type of dementia compared to those who did have anemia. Of the 745 participants who started the study with anemia, 128 developed dementia, compared to 1,392 of the 11,560 people who did not have anemia.

Study author Ikram did note in the conclusion that the study does not prove that low or high hemoglobin levels are a factor in causing dementia; it only shows an association to the illness.

He said, “More research is needed to determine whether hemoglobin levels play a direct role in this increased risk or whether these associations can be explained by underlying issues or other vascular or metabolic changes.”

More research may also help to show whether this study would apply to all populations. Since this study’s participants were all primarily of European descent, the results may be different around the world. Ikram did note in the study that there is a genetic mutation found among people of African descent that makes people more likely to have anemia, and that the occurrence illness and disease that can contribute to anemia such as sickle cell disease and malaria varies around the globe. This information may be shown in future studies.