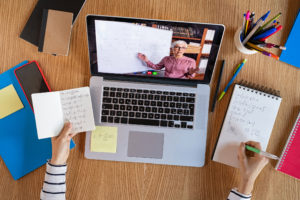 Education gives people an edge in their later years, helping them to keep dementia at bay and their memories intact. New research published in the Archives of Gerontology and Geriatrics adds to the mounting evidence that suggests a higher education is associated with a decreased risk of dementia.

The study used scores determined by the Mini-Mental State Examination (MMSE), a screening test for dementia to help researchers examine the associations between education and late-life cognitive impairment.

For the study, data was provided by 18 international studies of aging from Australia, Brazil, Cuba, France, Germany, Greece, Hong Kong, Italy, Japan, Singapore, Spain, South Korea, the United Kingdom, and the United States. These are all countries that are members of the Cohort Studies of Memory in an International Consortium (COSMIC) led by CHeBA.

“Asian people showed stronger associations between having completed high school and a lower risk of cognitive impairment when compared to white people,” he added.

The study concluded that among people with a variant of the APOE gene, which is a known risk factor for Alzheimer’s disease, only high school completion was associated with a reduced risk of cognitive decline. It was noted, however, that the effect of the APOE gene variant showed different results among Asian, Black, and White populations.

Education Can Protect the Brain

Co-Director of CHeBA and senior author Professor Perminder Sachdev said, “It would be a wise investment for our future generations.”