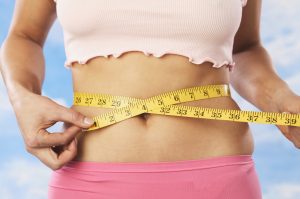 According to a new UCLA study, women who have higher body fat are less likely to die from heart disease. While it may sound like the opposite of what we have been told in the past, this evolving research uses body composition to make the conclusion rather than just looking at overall BMI in men and women together.

The study shows that while men and women with high muscle mass are less likely to die from heart disease, women who have higher levels of body fat, regardless of their muscle mass, also have a greater degree of protection than women with less fat.

According to the American Heart Association, it is estimated that 5 million men and 3 million women have heart attacks annually. Although there is a wide gender gap in the cardiovascular event, an equal number of men and women still die from heart disease.

The incidence of heart attacks appears to be increasing among women between the ages of 35 and 54. Recent research has also found that women have significantly higher levels of risk factors that are associated with heart disease compared to men.

This study helps to show the importance of recognizing physiological differences between women and men. These differences should be considered by physicians when assessing risk factors of death from a heart attack.

Knowing that the difference in body fat in men and women may modify the risk, researchers believe there is a need to develop sex-appropriate guidelines. These current guidelines advise patients on exercise and nutrition, but this study shows that there should be different advice for men and women. It may be necessary for women to focus more on building muscle mass than losing weight, the study authors say.