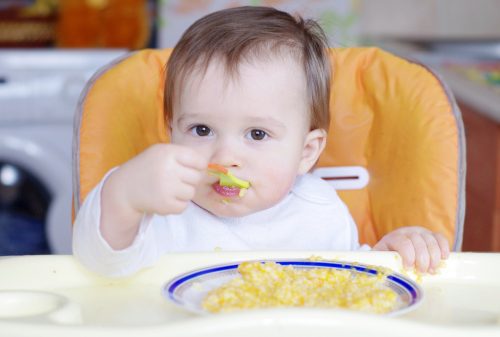 A new study has found the highest levels of arsenic in babies who frequently are fed rice cereals. In fact, arsenic levels were found to be three times higher in babies who consumed rice cereals, compared to babies who did not. Lead researcher Margaret Karagas said, “The arsenic in their urine increased with the number of servings of rice or rice-containing food.” It is still unclear as to how the elevated levels of arsenic may affect babies’ health later on, but researchers are still concerned.

The FDA has recently implemented new guidelines for inorganic arsenic levels in infant rice cereals as they found that in 2014 many companies failed to meet the Agency’s proposed action level of 100 parts per billion of inorganic arsenic. “This is an important step, that they’ve taken the initiative to propose a limit that applies to infant rice cereals,” Kargas added.

Arsenic is a known carcinogen and can contribute to heart disease and other health complications. It is believed to negatively impact infants’ immune system along with intellectual development.
Inorganic arsenic can also be found in other baby food products, like apple juice and other plant-based foods. “Even though in this country we’ve outlawed it, we used it for so long that it’s leached into our soil and really becomes part of our vegetation,” explained Dr. Ruth Milanaik, director of the neonatal neurodevelopmental follow-up program at Cohen Children’s Medical Center.

The researchers collected diet information for 759 infants whose progress was tracked by phone every four months. Of the infants who donated urine samples, 55 percent had consumed rice products within two days of the urine sample.

The American Academy of Pediatrics and the FDA recommend that infants have a variety of grains and limit rice products during their early years to reduce arsenic levels.

In an attempt to reduce arsenic levels, the FDA suggests cooking rice is excess water and draining the water to reduce levels by 40 to 60 percent.