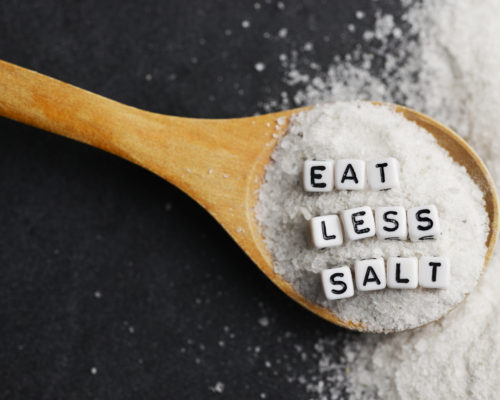 Most people know that a high salt diet can lead to high blood pressure, but new research shows that it can also harm the immune system. The study, which involved feeding mice a high salt diet, found that immune deficiencies were linked to the high levels of salt intake.

The study was led by the University Hospital Bonn, which is one of Germany’s leading universities in the field of immunology. Researchers warn that daily salt intake is often much more than we should be including in a daily diet.

Sodium chloride, which is its chemical name, has been found to raise blood pressure which can increase the risk of heart attack or stroke. But not only that: “We have now been able to prove for the first time that excessive salt intake also significantly weakens an important arm of the immune system,” explains Prof. Dr. Christian Kurts from the Institute of Experimental Immunology at the University of Bonn.

These findings come as a surprise to some researchers as other studies have pointed in the opposite directions. For example, a high salt diet has been found to speed healing of infections with certain skin parasites in laboratory animals. Several physicians have concluded from this observation that sodium chloride has a generally immune-enhancing effect.

“Our results show that this generalization is not accurate,” emphasizes Katarzyna Jobin, lead author of the study. He points out that the body keeps the salt concentration in the blood and in the various organs largely constant to ensure the proper functioning of important biological functioning. The only major exception is the skin. It functions as a salt reservoir of the body which is why additional sodium chloride works so well for some skin diseases.

However, other parts of the body are not exposed to salt consumption as it is filtered out through the kidneys and excreted in the urine. When the sodium chloride passes through the kidneys, there is a sensor that activates the salt excretion function. There is an undesirable effect however, as this senor also causes glucocorticoids to accumulate in the body which then inhibits the function of granulocytes, the most common type of immune cell in the blood. These immune cells are known as scavenger cells that mainly attack bacteria.

For the study published in Science Translational Medicine, researchers analyzed blood samples taken from participants who consumed six grams of salt in addition to their daily intake. It was found that the granulocyte immune cells coped much worse with bacteria after the test subjects had started to eat a high-salt diet.

According to the World Health Organization (WHO), no more than five grams of salt a day is recommended. In turbulent times when facing a health crisis, boosting the immune system is extremely important. So, cutting down on salt intake and adding immune-boosting foods into a daily diet is the key to keeping healthy.