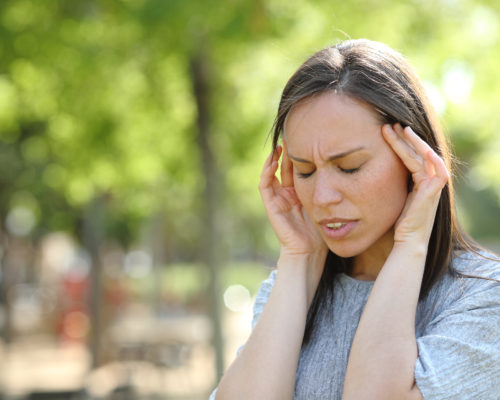 People who feel dizzy or lightheaded when they stand up may be at a higher risk of developing dementia. According to a new study published in Neurology, the association between dementia and dizziness when standing is connected to a drop in systolic blood pressure.

Systolic blood pressure is the force of the blood against the artery walls as the heartbeats. It is the top number in a blood pressure reading. Systolic orthostatic hypotension is defined as a drop of at least 15 mmHg after standing from a sitting position.

Participants were followed over 12 years and evaluated for the development of dementia. A total of 462 people did develop the disease throughout the study.

It was found that people with systolic orthostatic hypotension were nearly 40% more likely to develop dementia compared to those who did not have the condition. After adjusting for other factors that could affect dementia risk, such as smoking, diabetes, and alcohol use, those with systolic orthostatic hypotension were 37% more likely to develop dementia.

The study also concluded that people whose sitting-to-standing systolic blood pressure readings that changed the most from visit to visit were more likely to develop dementia later in life.

“People’s blood pressure when they move from sitting to standing should be monitored,” said study author Laure Rouch, Pharm.D., Ph.D., of the University of California, San Francisco. “It’s possible that controlling these blood pressure drops could be a promising way to help preserve people’s thinking and memory skills as they age.”

Rouch noted that the study is only observational and does not show cause and effect. The study’s limitations also included no differentiation between the diagnoses of vascular dementia and Alzheimer’s disease. As such, more research is needed to fully understand the scope of the relationship between systolic orthostatic hypotension and dementia.