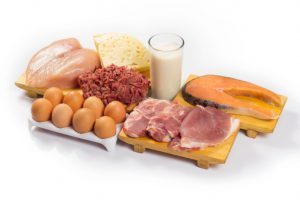 A recent study, published in the journal Diabetologia, found high protein diets improve blood sugar control in diabetics without negatively affecting the kidneys. Previous research has shown positive and negative effects of a high protein diet for diabetics. For the latest findings, researchers used two high-protein diets with the same amount of calories, but one with animal-based protein and the other with plant-based protein. Researchers wanted to compare the effects the diets had on metabolism function and liver fat.

Both groups saw improvements in their liver enzymes and liver fat was reduced as well. Insulin resistance only improved in the group which ate the animal protein diet, but the plant protein group had a significant reduction in plasma creatinine – this means their kidney function improved. The animal protein group did not see improvements in their kidney function.

Authors of the study concluded, “In diabetic subjects, the six-week high-protein diet leads to an improvement in glucose metabolism and decrease in liver fat independently from the protein source. The high-protein diet has no adverse effects on kidney parameters, moreover the kidney function actually improved in the plant protein group.”

The authors suggest larger studies need to be conducted in order to further prove their findings.