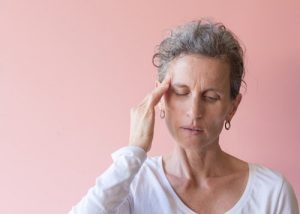 A new study from the researchers at John Hopkins has found that postmenopausal women with more male sex hormones than female hormones are at an increased risk for cardiovascular disease. The literature on this topic is not entirely lacking in evidence to support this, either.

Women are generally at a lower risk of developing heart disease than men, which was previously thought to relate to the higher estrogen levels in women. At menopause, these estrogen levels drop off, which could give some basis to this hypothesis, as heart disease risk in women increases post-menopause. The trouble with this theory, however, is that using hormone replacement therapy to maintain estrogen levels has not been proven to reduce the risk of heart disease in postmenopausal women.

The current study analyzed the data of more than 2,800 women. The average age of the participants at the outset of the experiment was 65. None of the participants suffered from cardiovascular disease at the beginning of the trials. Initial assessments took place between 2000 and 2002 and participants admitted themselves for follow-ups over 12 years.


This study was observational in nature, however, and does not prove the cause of the relationship. The results of the study shows a correlation between higher levels of male sex hormones in postmenopausal women and increased incidence of cardiovascular disease, outside of other typical risk factors for heart disease and stroke.

“A woman’s sex hormone levels and ratios of them isn’t something that physicians regularly check,” says Erin Michos, one of the researchers behind the study. “Because an imbalance in the proportion of testosterone (the main male sex hormone) to estrogen (the main female sex hormone) may affect heart disease risk, physicians may want to think about adding hormone tests to the toolbox of screen-able risk factors, like blood pressure or cholesterol, to identify women who may be at higher risk of heart or vascular disease. But this needs further study.”

The researchers suggest that regular hormone screenings may be a good first step in identifying postmenopausal women who are at an increased risk for heart disease and stroke. They do not recommend the use of additional hormone therapies to attempt to curb the risks associated with imbalanced hormone levels, as there is not a strong enough foundation of research on these methods. Identifying and managing other risk factors for heart diseases in this population is currently the best plan of action.