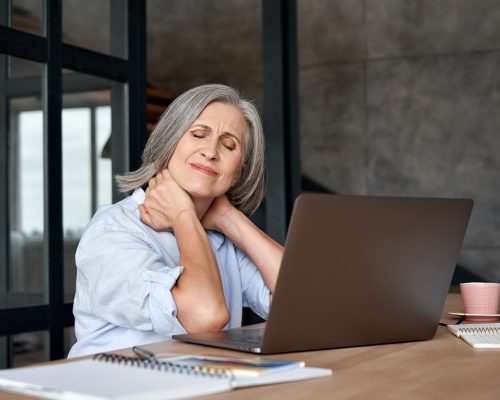 For those suffering from sleep apnea, being sedentary for too long during the day may be contributing to the condition. A new study from Brigham and Women’s Hospital examined the relationship between the risk of obstructive sleep apnea (OSA) and active lifestyles and found a link between the two.

OSA is a type of sleep apnea that affects the muscles during sleep. An airflow blockage can occur as some muscles relax. Severe cases of OSA can result in heart issues, including heart failure and abnormal heart rhythms.

Moderate and vigorous physical activity was examined separately, and both had a strong correlation with a lowered risk of obstructive sleep apnea. There were no significant differences in the intensity of the workout.

It was found that higher levels of physical activity and lower levels of sedentary behavior were associated with a lower risk of OSA. It was also noted that stronger associations were found for women, adults over the age of 65, and those with a greater BMI of 25 kg/m2.

“Most prior observational studies on the associations of physical activity and sedentary behavior with OSA were cross-sectional, with incomplete exposure assessment and inadequate control for confounding,” said Tianyi Huang, an Associate Epidemiologist at Brigham. “This is the first prospective study that simultaneously evaluates physical activity and sedentary behavior in relation to OSA risk.”

This study also has a much larger sample size compared to previous research and was able to offer a detailed assessment of physical activity and sedentary behaviors. The researchers of this study were able to take various associated factors into account, making the findings more credible.

However, the authors do note that all collected data, both of OSA diagnosis and physical activity or sedentary behavior, were self-reported. OSA is also often difficult to detect and can remain clinically unrecognized.

Despite these study limitations, this research provides enough insight into the relationship between OSA and a sedentary lifestyle. Researchers believe that the next step would be to collect data using actigraphy, home sleep apnea tests, and polysomnography, rather than self-reports.