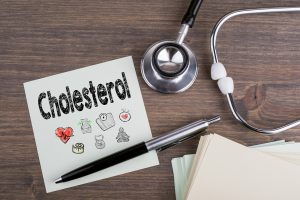 High levels of blood cholesterol in mid-life are associated with a risk of dementia and Alzheimer’s disease later in life. This new information comes from the largest study to date, led by the London School of Hygiene & Tropical Medicine (LSHTM) with the University of Tsukuba, Japan, and OXON Epidemiology, London and Madrid.

The study provides the strongest evidence to date on the relationship between low-density lipoprotein (LDL) blood cholesterol, dementia, and Alzheimer’s disease. It used anonymized data from the UK Clinical Practice Research Database (CPRD) on over 1.8 million adults over the age of 40. Each participant had blood cholesterol measurements taken between 1992 and 2009 with a follow-up period of 23 years or until dementia diagnosis.

Due to such a large cohort size, researchers were able to focus on blood cholesterol measurements taken in middle age from participants who had less disease and then followed up after more than 10 years. This enabled researchers to avoid bias resulting from a long silent period when the disease is present, but symptoms are not yet recognized.

Researchers found that out of the 953,635 people who were studied with an LDL cholesterol recording, 2.3% went on to be diagnosed with dementia or Alzheimer’s disease. Out of the 1.8 million people who had a first high total cholesterol reading during the study, nearly 2.7% had a diagnosis in the 23-year follow-up period.

These results led researchers to call for LDL cholesterol to be added to the few potentially modifiable lifestyle risk factors that contribute to dementia and Alzheimer’s disease.

Stuart Pocock, Professor of Medical Statistics at LSHTM, said: “Alzheimer’s disease and dementia are devastating diseases for both the individual and their loved ones, from which 1 in 6 people over the age of 80 in the UK suffer. This large study adds to our understanding of how our lifestyle can impact our risk of developing these diseases in later life and to help inform potential preventative therapies to reduce this risk.”

Cardiovascular health is often focused on as an important way to reduce the risk of dementia. However, this study shows that cholesterol plays a role in risk management for cognitive impairment. LDL cholesterol should be watched closely in middle-aged adults, and prevention should be focused on to help prevent risk for future diagnosis of dementia.