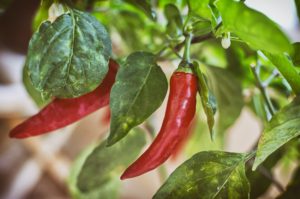 Although previous research has shown generally positive findings, new research has raised questions about the potentially dangerous risk of cognitive decline with the consumption of chili peppers. Many people throughout the world use chili in their local dishes to enhance flavor, but with these new findings, there may a reason to limit the intake of the spices.

The previous research into the potential effects of chili peppers has shown many beneficial health benefits. For example, there was a cohort study from 2017 that found how eating hot red chili peppers was associated with lower mortality risk. The health benefits are believed to be due to the main ingredient in hot peppers called capsaicin. This is also the active ingredient that makes them spicy.

However, there have been a few cases in the past that did show how chili peppers can also be dangerous. In 2018, a man in the United States who ate a Carolina Reaper on a dare ended up in the emergency room with a thunderclap headache.

Although most people don’t indulge in the extreme versions of chili peppers, many do use much milder varieties in their diet. These can include some that are still quite spicy such as cherry peppers, jalapenos, cayenne peppers, Scotch bonnets, and habaneros. So, the question arises, how safe and healthy are these chili peppers?

The conclusion of the study showed that people who ate more than 50 grams of chili per day regularly had almost twice the risk of cognitive decline of those who consumed less.

Zumin commented on the study saying, “Chili consumption was found to be beneficial for body weight and blood pressure in our previous studies. However, in this study, we found adverse effects on cognition among older adults.”

“Derived from dietary surveys, chili intake included both fresh and dried chili peppers, but did not include sweet capsicum or black pepper,” the researchers noted.

The research team did note that participants who generally consumed a larger amount of chili peppers had a lower income, as well as a lower body mass (BMI). It was also shown that these participants engaged in less physical activity compared to those who ate less chili regularly.

They also found that those with a healthy BMI may have a more heightened sensitivity to capsaicin. This sensitivity may explain why these people have a higher risk of cognitive decline.

Researchers have said that this is only the beginning of studying this relationship between chili peppers and cognitive decline. Further trials will aim to assess the link between education levels, chili intake and the health risks associated between them.