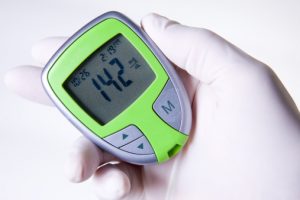 A new study has found that high blood sugar levels may increase the risk of heart attack complications. High blood sugar has been found to lead to stronger contractions of blood vessels along with researchers identified a protein responsible for these contractions. The findings could help improve current treatments for stroke and heart attack.

A heart attack is a result of a blocked artery which is responsible to provided blood to the heart. High blood sugar can worsen this blockage by causing the artery to contract which increases the risk of complications.

Researcher Richard Rainbow said, “We have shown that the amount of sugar, or glucose, in the blood changes the behavior of blood vessels, making them contract more than normal. This could result in higher blood pressure, or could reduce the amount of blood that flows through vital organs. This was an experimental lab study, which means that we can draw conclusions about cause and effect in a controlled environment.”
Rainbow added, “Here, we have identified a known signaling protein family, protein kinase C, is a key part of this enhanced contractile response, and have also shown in our experiments that we can restore the normal level of contractile response and reverse the effects on the heart, with inhibitors of these proteins. This is the first study to show direct evidence of blood vessel contraction to glucose, and the potential mechanism behind this contractile response. In the experimental models we used in this study, including human blood vessels, increasing glucose to the levels that could be reached after a large meal altered vascular contraction.”

“A large number of people who suffer a heart attack will have high glucose due to the ‘stress response’. This means that even people who are not diabetic may [have high blood sugar] during a heart attack,” concluded Rainbow.