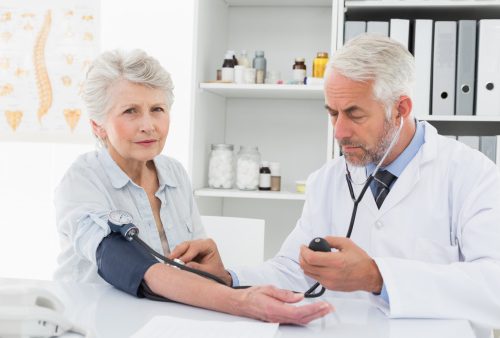 Untreated high blood pressure can lead to stroke, dementia and cognitive decline. Stroke is the second leading cause of death and having high blood pressure is a risk factor for having one. Dr. Christian Stapf, a neurologist at the CHUM’s Hôpital Notre-Dame, said, “We live in a society that is being killed by its arteries. The main cause of stroke is high blood pressure, which blocks the small vessels of the brain and makes it less efficient.” The accumulation of brain lesions can contribute to cognitive disorders and dementia.

Stapf’s previous research from 2013, “showed that when blood pressure was rapidly lowered, patients survived [stroke] with smaller hematomas and less sequelae.” In 2014, he conducted additional research comparing two groups – one that received treatment for an unruptured brain arteriovenous malformation and the other was only treated after waiting a few years. He explained, “After 224 patients, the study was terminated by the Supervisory Committee. Imagine there were five times more strokes in the group whose malformation was corrected! It was concluded in this case that it was safer to live with the brain malformation than trying to repair it.”

Strokes are fast acting and the window for preventing long-term damage is small – the first six hours are crucial. The more time that passes without treatment, the more neurons can be lost, which speeds up aging by 3.6 years.

The age of experiencing a stroke for the first time is usually over the age of 60; unfortunately that number is declining. Stapf points to lifestyle factors that contribute to stroke and affect younger adults. “Cigarette smoking, high blood pressure, and physical inactivity are the main risk factors for stroke,” Stapf concluded.