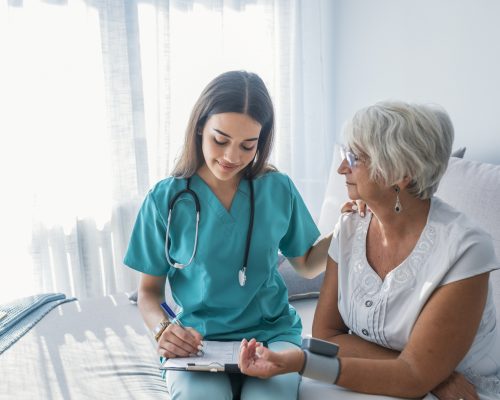 The study included findings from a study of 37,041 participants who were enrolled in the UK Biobank. This Biobank is a large group of people aged between 40 and 69 who agreed to have their medical information available for research, including MRI brain scans. Their data was collected at the start of enrollment between 2006 and 2010. Follow-up data were acquired between 2014 and 2019.

Researchers analyzed the MRI brain scans for any damage in the brain called white matter hyperintensities (WMH). These areas show up on MRI scans as bright regions that indicate damage to the brain’s small blood vessels that are known to increase with age and blood pressure. WMH has previously been associated with an increased risk of stroke, depression, dementia, physical disabilities, and cognitive decline.

White Matter in the Brain

Researchers do caution that further analysis is needed to identify differences in white matter that may be associated with other conditions. These may include high cholesterol levels, obesity, and kidney problems.
Dr. Wartolowska concluded, “Our results suggest that to ensure the best prevention of white matter hyperintensities in later life, control of diastolic blood pressure, in particular, may be required in early midlife, even for diastolic blood pressure below 90mmHg, whilst control of systolic blood pressure may be more important in late life. The long time interval between the effects of blood pressure in midlife and the harms in late-life emphasizes how important it is to control blood pressure long-term, and that research has to adapt to consider the very long-term effects of often asymptomatic problems in midlife.”