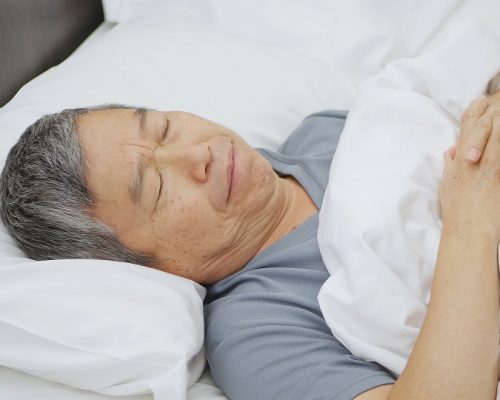 A new study published in the journal Hypertension suggests that high blood pressure at night compared to daytime in older men may be a risk factor for Alzheimer’s disease. Researchers from Uppsala University believe this abnormal spike in blood pressure interferes with the process during the night, which is a critical period for brain health.

“The night is a critical period for brain health. For example, in animals, it has previously been shown that the brain clears out waste products during sleep, and that this clearance is compromised by abnormal blood pressure patterns. Since the night also represents a critical time window for human brain health, we examined whether too high blood pressure at night, as seen in reverse dipping, is associated with a higher dementia risk in older men,” says Christian Benedict, senior author of the study.

To test this theory, researchers used observational data from one thousand older Swedish men. All participants were in their early seventies at the beginning of the study, which lasted for a maximum of 24 years.

Dementia is an umbrella term used to describe a group of symptoms affecting memory, thinking, and social abilities severely enough to interfere with daily life. Numerous factors, including high blood pressure, affect the risk of developing these symptoms. Alzheimer’s disease is the most common form of dementia.

While this new research gives an insight into a possible risk factor for Alzheimer’s disease, researchers warn of the limitations of the study. The cohort consisted of only older men, so the results need to be replicated in older women.

Previous research has found that consistently high blood pressure is a known risk factor for dementia. Studies have also confirmed a link between cognitive impairment and dementia and different blood pressure readings at the doctor’s office.

Experts have also found evidence that elevated blood pressure likely leads to dementia due to a series of small, silent strokes over time.

Researchers believe that a next step to understand the link between hypertension and dementia should be to investigate whether the intake of antihypertensive (BP-lowering) drugs at night can reduce older men’s risk of developing Alzheimer’s disease.