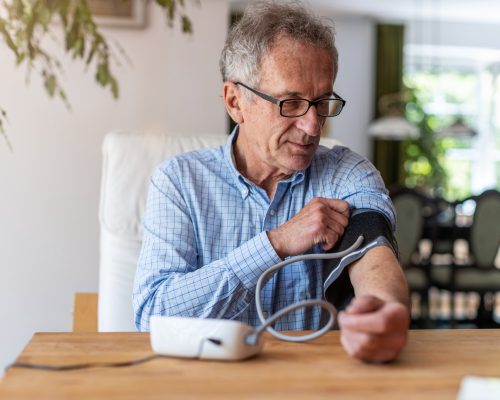 According to the study published in Hypertension, high blood pressure is a risk factor for cognitive decline. This includes such symptoms as memory, verbal fluency, concentration, and attention. Systolic blood pressure of 120 mmHg or higher and 80 mmHg diastolic is considered elevated.

“We initially anticipated that the negative effects of hypertension on cognitive function would be more critical when hypertension started at a younger age. However, our results show similar accelerated cognitive performance decline whether hypertension started in middle age or at older ages,” said study author Sandhi M. Barreto, M.D. “We also found that effectively treating high blood pressure at any age in adulthood could reduce or prevent this acceleration. Collectively, the findings suggest hypertension needs to be prevented, diagnosed, and effectively treated in adults of any age to preserve cognitive function.”

The study analyzed findings from existing research that included cognitive health and blood pressure information from more than 7,000 adults in Brazil, whose average age was about 59 years old at the start of the study. Each participant was followed for an average of nearly four years. The participants’ cognitive testing included analysis of memory, verbal fluency, and executive function, which includes concentration, attention, and other factors.

The Importance of Blood Pressure Control

This study helps to outline the importance of blood pressure control. It highlights the importance of diagnosing and controlling hypertension in patients of any age to prevent or slow down cognitive decline. As the study shows, there is a need to maintain lower blood pressure levels throughout life since even prehypertension levels were associated with cognitive decline.

Further research is needed to confirm some of the study’s findings as there were some limitations, including a relatively short follow-up period and the self-reporting of hypertension at baseline. All participants in the study were from Brazil. However, researchers believe that these findings apply to other regions.