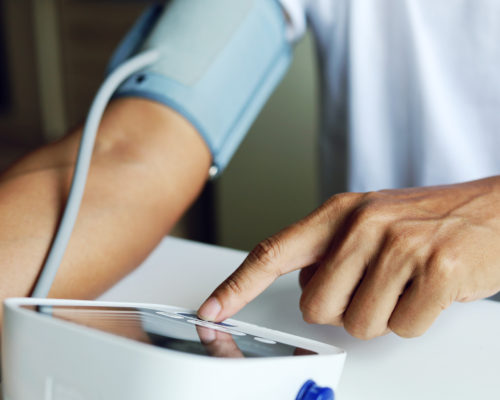 Young adults who have raised blood pressure may be at a higher risk for heart problems later in life. According to a study published in The BMJ, the levels of hypertension among young adults have been increasing in recent years, so researchers need to start monitoring any health problems it may cause in later years.

An increase in blood pressure (hypertension) in young adults has been found to increase the risk of cardiovascular events such as coronary heart disease and stroke later in life. However, researchers do stress that the risk levels are small, and because the evidence for blood pressure-lowering treatment in young adults is limited, any interventions, including medications, should be given with extreme caution.

High blood pressure, also called hypertension, is blood pressure that is higher than normal. A growing percentage of Americans have uncontrolled high blood pressure, which adds more evidence that the nation is losing ground in the fight against heart disease. Often called the “silent killer,” hypertension is also one of the major risks for severe illness from COVID-19.

Previous studies have shown associations between high blood pressure and cardiovascular risk, but most research has only included middle-aged or older people. However, with levels of hypertension among young adults increasing in recent years, experts agree that more research is needed to assess any future risk of cardiovascular events.

For the study, researchers in China analyzed the results of 17 observational reports that investigated the risk of cardiovascular events in adults aged 18-45 with raised blood pressure. This included data from approximately 4.5 million people who had an average follow-up of 15 years.

Over the five categories, the results showed a graded progressive association between blood pressure and increased risk of cardiovascular events. For example, for those with grade 1 hypertension, the risk for cardiovascular events almost doubled compared to those with optimal blood pressure. For those with grade 2 hypertension, the risk was more than three times higher than the optimal group. Similar results were found for coronary heart disease and stroke, with the association being more evident in those older than 30 years.

Researchers do caution that these findings are based on observational studies, so they can’t establish cause. Other limitations also include study design and methods of measuring blood pressure and heart problems.

Overall, researchers concluded that young adults with raised blood pressure might have a slightly increased risk of cardiovascular events later in life. Because there is limited evidence for lowering blood pressure in young adults, active interventions should be cautious and warrant further investigation.