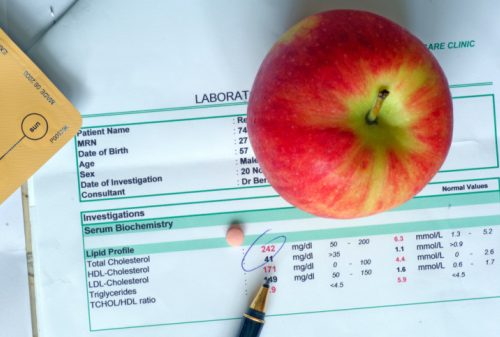 The correlation between the risk of Alzheimer’s disease and elevated bad cholesterol levels has been known for quite some time, but this is the first study to specifically link cholesterol with amyloid plaque buildup.

Charles DeCarli, author of the study, added, “If you have an LDL above 100 or an HDL that is less than 40, even if you’re taking a statin drug, you want to make sure that you are getting those numbers into alignment. You have to get the HDL up and the LDL down.” He noted that these findings are a real wake-up call, reinforcing the importance of maintaining healthy cholesterol levels extending beyond just the heart health.

The study was conducted on 74 males and females over the age of 70. There were participants with mild dementia, with normal cognitive function, and with mild cognitive impairment.

Reed added, “This study provides a reason to certainly continue cholesterol treatment in people who are developing memory loss, regardless of concerns regarding their cardiovascular health. It also suggests a method of lowering amyloid levels in people who are middle aged, when such buildup is just starting. If modifying cholesterol levels in the brain early in life turns out to reduce amyloid deposits late in life, we could potentially make a significant difference in reducing the prevalence of Alzheimer’s, a goal of an enormous amount of research and drug development effort.”


Cholesterol and Alzheimer’s disease, is there a relation?

Scientists are hopeful that further research into the nature of APOE4 could render greater insight on the possible role that cholesterol plays in the development of Alzheimer’s disease.

Past studies have suggested that statins may also increase the risk of short-term cognitive impairment, as some patients on this medication report memory loss and confusion. However, a large meta-analysis study found that patients taking statins actually had a 29 percent lower risk of developing dementia, once again reaffirming that low LDL can protect a person’s brain against Alzheimer’s disease.

More research is required to further explore the association between Alzheimer’s disease and cholesterol.