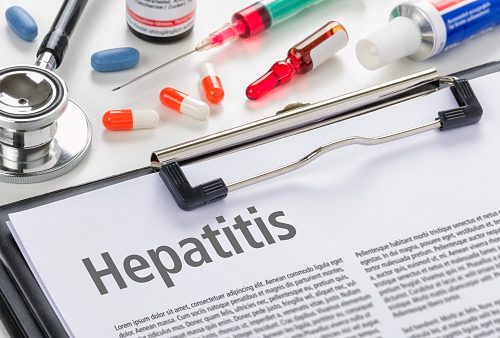 A new study has found that a combination therapy of antiviral medications can be successful in treating hepatitis C in patients with advanced liver disease. Co-principal investigator Michael Curry, M.D., said, “More than half of the patients in the study had failed a prior course of treatment for hepatitis C infection. Our trial showed that using a daily combination of the antiviral medications Sofosbuvir and Velpatasvir, with or without the addition of Ribavirin for 12 weeks or 24 weeks, successfully treated hepatitis C in 83 percent to 94 percent of patients.”

Roughly 130 to 150 million individuals are affected by hepatitis C worldwide, and it is a common cause of cirrhosis, which develops in healthy liver tissue and becomes scar tissue, which prevents the liver from performing its normal functions. For the new study, 267 patients were involved who had liver failure caused by hepatitis C.

“There have been few treatment options available for treating hepatitis C infection in patients with existing cirrhosis and liver failure. Our study found that early improvements in liver function were seen in a substantial portion of the study participants, as indicated by improvement in the Childs Pugh score, which assesses severity of liver cirrhosis, and the MELD score, which is used to determine patient priority for liver transplantation,” added Dr. Curry.

Dr. Curry concluded: “The number of patients with liver failure due to hepatitis C is expected to substantially increase over the next 10 years. These new findings indicate that patients with more advanced liver disease can still benefit from treatment of hepatitis C – and that elimination of this infection is associated with early improvement in liver function,” Dr. Curry concluded.