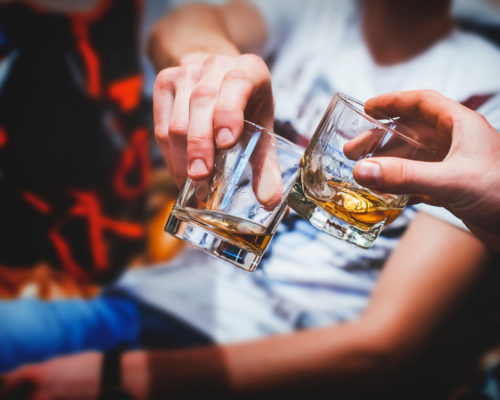 High blood pressure may become a problem among adults with type 2 diabetes who consume eight or more alcoholic drinks per week. According to a new study published in the Journal of the American Heart Association, heavy alcohol consumption may be linked to a risk of hypertension in those with type 2 diabetes.

Study author Matthew J. Singleton lead the study, which was the first of its kind to specifically investigate the association of alcohol intake and hypertension among adults with type 2 diabetes. Previous studies had found a relationship between heavy alcohol consumption and high blood pressure, but the association between moderate alcohol consumption and blood pressure was unclear.

For the study, researchers examined the relationship between alcohol consumption and blood pressure in more than 10,000 adults with type 2 diabetes. They had an average age of 63 years, and 61% of them were male. All participants were part of a larger study called the Action to Control Cardiovascular Risk in Diabetes (ACCORD) trial. This study was one of the most extensive long-term trials which ran from 2001–2005 at 77 centers across the U.S. and Canada. The main goal of this study was to compare different treatment approaches to reduce heart disease risk in adults with type 2 diabetes.

The More Consumed, the Higher the Risk

The American Heart Association has agreed that excessive drinking can increase the risk of high blood pressure in those with type 2 diabetes. As these people are already at an increased risk for elevated blood pressure, the association recommends limiting alcohol beverages consumed every week.