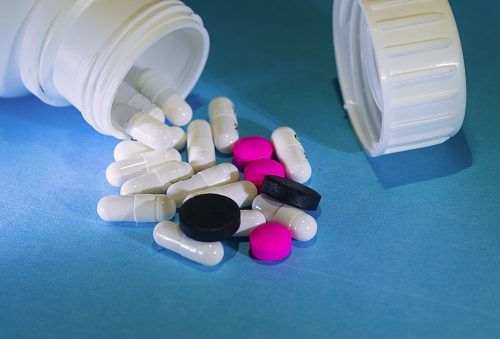 Heartburn is sort of a misnomer—it has an inaccurate name. The condition does not involve the heart in any way. Instead, the burning sensation is due to gastric acid escaping the stomach into the esophagus. We feel pain or discomfort in the chest when this occurs, leading people to think the pain is related to the heart in some way.

Almost everyone will experience heartburn at some point in their lives. It is a feeling of burning pain in the chest that may occur after eating a spicy meal or when lying down. It’s estimated that about 40 percent of Americans suffer from heartburn pain at least once a month.

There are remedies that can help relieve heartburn, and they come in the form of antacids or prescription grade heartburn medication. While they work great at reducing symptoms, a new study has found that the most popular heartburn drugs—proton pump inhibitors (PPIs)—are linked to a variety of health problems, including kidney damage, bone fractures, dementia, and an overall increased death risk.

PPIs are used by millions of Americans every day, as they can be easily purchased at any drugstore or pharmacy. They are widely prescribed for treating heartburn, ulcers, and gastrointestinal problems, and go by the names Prevacid, Prilosec, and Nexium.

“No matter how we sliced and diced the data from this large data set, we saw the same thing: There’s an increased risk of death among PPI users. For example, when we compared patients taking H2 blockers [an alternative heartburn drug] with those taking PPIs for one to two years, we found those on PPIs had a 50 percent increased risk of dying over the next five years. People have the idea that PPIs are very safe because they are readily available, but there are real risks to taking these drugs, particularly for long periods of time,” said senior author Ziyad Al-Aly, MD, an assistant professor of medicine at the Washington University School of Medicine in St. Louis.

Heartburn can cause serious problems

Chronic heartburn is a serious condition. Having gastric acid in constant contact with the cells lining the esophagus can lead to some detrimental changes in cell anatomy. Over time, it may lead to gastroesophageal reflux disease (GERD), gastrointestinal bleeding, or even esophageal cancer, making treatment for the condition a necessity.

The study in question examined medical records from approximately 275,000 users of PPIs and nearly 75,000 people who took H2 blockers. Both medications work by reducing stomach acid.
Those who took PPIs were found to have a 25 percent increased risk of death compared to people taking H2 blockers, the researchers found. It is estimated that for every 500 people taking PPIs for a year, there is an extra death that would have not otherwise occurred. PPIs are currently used by millions of people.

Overusing PPIs is the problem

The researchers say that PPIs are not the problem, but instead, it is overuse of it for extended periods of time. Many times, when the drug is prescribed by a doctor, it is used well beyond the two- to eight-week recommendation. Some people end up taking the drug for months or years.

After 30 days, the risk of death in PPI and H2 blocker groups was not significantly different. But those taking PPIs for one or two years has a nearly 50 percent higher risk than those on H2 blockers.

“PPIs save lives. If I needed a PPI, I absolutely would take it. But I wouldn’t take it willy-nilly if I didn’t need it. And I would want my doctor to be monitoring me carefully and take me off it the moment it was no longer needed,” Al-Aly said.

Foods that won’t cause heartburn: What to eat and avoid