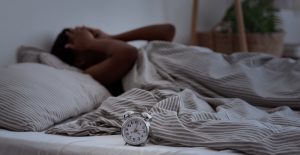 The participants for the study were all aged around 60 years in the beginning and were followed for approximately 15 years. The studies suggest that participants with COMISA were twice as likely to have high blood pressure and 70% more likely to have cardiovascular disease than patients with either sleep disorder.

It was also noted that participants with COMISA had a 47% increased risk of dying for any health reason compared to participants with no insomnia or sleep apnea. These outcomes were recorded even when other factors known to increase mortality were taken into account.

As the first study to assess mortality risk in participants with comorbid insomnia and sleep apnea, researchers were able to conclude that people who suffered from sleep issues were more at risk to have heart problems.

Dr. Lechat, who led the study, said, “Given that these people are at higher risk of experiencing adverse health outcomes, it is important that people undergoing screening for one disorder should also be screened for the other.”