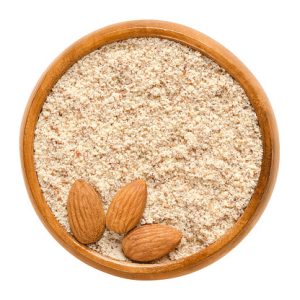 Heart function is adversely affected for some time when people with cardiac problems follow crash diets, according to a new study presented at Cardiovascular Magnetic Resonance (CMR) 2018. Although this deterioration is transitory, patients with heart disease should consult a doctor before taking on a low calorie regimen like a crash diet.

What is a crash diet?

A crash diet is a diet in which a person consumes only 600 to 800 calories per day by eating only low calorie foods that contain little or no fat, sugars, or carbohydrates. These diets are known as meal replacement programs, as people substitute regular meals with soups, drinks, and protein bars that contain key nutrients but fewer calories compared to normal meals.

Such low calorie diets have been associated with rapid weight loss, lower blood pressure, and reversal of diabetes. However, the latest research at the

University of Oxford reveals that they may have a negative impact on heart function.

How are crash diets linked with the heart?

Research led by Dr. Jennifer Rayner, clinical research fellow at the University of Oxford, revealed that rapid reduction in visceral fat could affect the heart’s ability to pump blood. Researchers studied 21 volunteers who were obese with an average BMI (body mass index) of 37 and were around 52 years old. In other words, their physical condition put them at risk of developing cardiac problems.

Researchers put the volunteers on a crash diet and studied their MRI (magnetic resonance imaging) scans to understand the impact this diet had the distribution of visceral fat, abdominal fat, and heart function. Three MRIs were conducted—at the beginning of the study, after one week, and after eight weeks.
After one week, the MRI scan revealed the following:

This increased fat in the heart can lead to deterioration of heart function and the ability of the heart to pump blood.

However, after eight weeks, doctors observed metabolic improvements and a reduction in fat in the heart, indicating better heart health. According to Dr. Rayner, a very low calorie diet not only reduces fat in the liver and reduces diabetes, but also affects heart function, causing it to deteriorate in the first week and then recover and improve.

When calories suddenly drop, fat from various parts of the body is released into the blood stream. The heart muscle takes on this fat, which affects its functioning. This occurs during the acute period in which the body adjusts to the sudden calorie restriction.

According to Dr. Rayner, this diet can be unsafe for patients with heart problems, as an acute reduction in heart function can cause heart failure symptoms such as shortness of breath and a higher risk of arrhythmia (abnormal heart beats). Patients with heart disease should consult with their doctor and undertake low calorie diets or fast only under supervision. However, healthy people can safely follow a crash diet with the knowledge that it may negatively impact their heart function in the early stages.