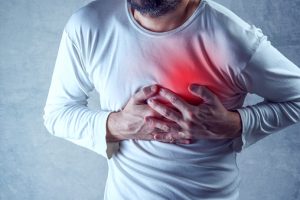 Our heart has chambers called ventricles. When people lead an inactive lifestyle, the heart muscles become stiff and blood cannot enter the ventricles properly. In extreme cases, the blood even gets pushed back into the lungs, causing heart failure. However, it is possible to prevent this from happening if one maintains the elasticity of the heart muscle.

Benjamin Levine, Professor of Internal Medicine at UT Southwestern, explained this using the analogy of a rubber-band, which is ‘elastic’ in nature. A rubber band loses its strength and stretchiness when it is kept unused in a drawer. Similarly, the heart muscle stiffening occurs when it does not receive sufficient blood supply to pump.

Studies carried out by cardiologists at the Institute of Exercise and Environmental Medicine (IEEM) reveal how
sufficient exercise can keep heart muscles healthy and flexible, prevent them from stiffening, and even reverse the harmful effects of an inactive lifestyle in aging adults. They suggest that sufficient exercise in middle age—before the heart starts aging—can reduce the risk of heart failure.

The team of cardiologists studied a group of 53 participants between the ages 45 and 54, which are considered the late middle ages. This age group was chosen as a prior study showed that left ventricular stiffening occurs in middle age, particularly for people who do not exercise.

The experiment design and its implementation

These participants were divided into two groups. One group was given high-intensity exercise training for two years while the other group served as a control group. Those who were in the control group were also given fitness-related tasks and had to engage in yoga and balance training—exercises which do not increase heart rate as much.

Prior to the study, the participants were made to undergo tests like three-dimensional echocardiography and right heart catheterization. Three-dimensional echocardiography provides an accurate image of the heart structure and its functioning. Right heart catheterization involves the insertion of a hollow tube called a catheter into the right side of the heart to assess blood flow. These results would help the cardiologists determine the existing heart condition prior to the experiment and compare it with the condition after the two years of study.

Participants in the experimental group were given a 30-minute high-intensity workout daily, with different plans for different sessions.


One session per week was an aerobic interval session in which participants were given exercises that allowed the heart rate to increase 95 percent for about four minutes and allowed three minutes for recovery. This would be repeated four times.

The next exercise session was a recovery session that involved low-intensity workout with activities such as tennis, walking, aerobic dancing, and biking.

The following two sessions in the week involved moderate intensity workouts that allowed participants to break a sweat while still being able to talk during the exercise. These sessions involved heart rate monitoring.

The study was carried out over a period of five years. Each participant was involved for two years. It was observed that participants who engaged in high-intensity workouts that included warm-up and cool-downs benefitted more than those in the control group. This was evident from the fact that they improved their oxygen intake by 18 percent and improved the elasticity of their left ventricular muscle by 25 percent.

In addition, findings reveal that exercising a few times a week did not improve heart health. Participants who genuinely benefited from the exercise regime exercised four to five times a week. Levine suggests that people should make an exercise regime a part of their daily routine if they want to minimize the risk of heart failure.

Related: Lower your risk of heart failure with this one thing