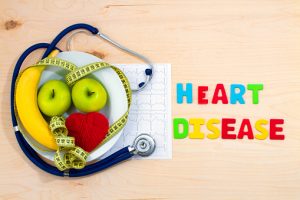 Heart disease has always been the number one killer of Americans but now new research suggests it affects more people than ever – one in three. In 2013 heart disease was responsible for claiming the lives of 801,000 Americans which includes heart conditions like heart attack, heart failure, and valve and artery disease.

In the latest report it was noted that racial differences also play a role in who is affected by heart disease. Blacks are among the highest risk to experience stroke and nearly half of all black people have some form of heart disease or stroke-related disease.

Researchers also examined risk factors of heart disease and found even though smoking rates have declined, 19 percent of men and 15 percent of women still smoke along with one-third of adults report not partaking in additional physical activity outside of work. Both factors increase the risk of developing heart disease.
Another risk factor is diet and researchers found over the years healthy eating has risen among children by 0.6 percent there are still 160 million Americans who are overweight of obese.

Furthermore, there are still many Americans with high cholesterol, high blood pressure and diabetes which can all contribute to heart disease as well.

American Heart Association President Dr. Mark Creager, said, “We’ve made progress in the fight against cardiovascular disease, but the battle is not won. We need to maintain our vigor and resolve in promoting good cardiovascular health through lifestyle and recognition and treatment of risk factors such as high blood pressure, diabetes, high cholesterol and smoking.”