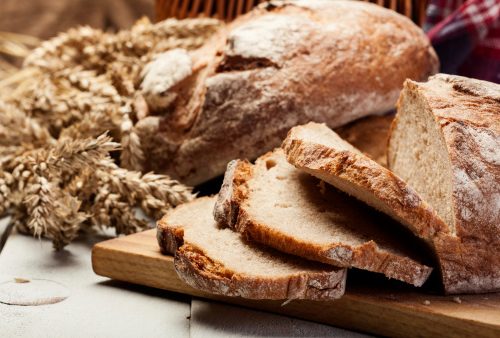 When it comes to your heart health and reducing your risk of getting cardiovascular disease (CVD), it may be as easy as what you eat. In fact, new research suggests by incorporating whole grains into your diet, you’re highly benefiting your heart.

According to research by the Harvard School of Public Health – published in JAMA Internal Medicine – eating more whole grains just might reduce the number of deaths in the United States, especially those resulting from CVD.

Whole grains, after all, have been closely associated with reduced blood cholesterol and improved weight maintenance.

Knowing this, the Harvard School of Public Health recently looked at data from two large studies: The Nurses’ Health Study, from which 74,341 women were examined between 1984 and 2010, and the Health Professionals Follow-Up Study, from which 43,744 men were assessed between 1986 and 2010. All study participants were free of cancer and CVD, and their age, body mass index (BMI) and physical activity were carefully considered.

After two to four years, each person was asked to complete food frequency questionnaires, from which whole grain intakes were gauged based on the dry weight of whole grain ingredients in all grain-containing foods consumed. That meant bread, rice, pasta and breakfast cereals.

So what did researchers find? Well, in the two studies, they identified nearly 27,000 deaths and confirmed that the more whole grains you consume, the lower your risk of developing CVD and overall mortality. In fact, each serving of whole grains – about 28 g – was associated with a 5 percent reduced total mortality risk or a 9 percent lower risk of CVD mortality.

Amaranth, for one thing, is considered one of the “true” cereal grains because of its high nutritional profile. It was even called the “king seed” by Aztecs because of its sustenance and taste. Today, it’s used widely in breads, cereals, crackers, muffins – and even pancakes.

One of the oldest cultivated grains, barley, particularly the hulled barley, keeps more of the whole-grain nutrients but takes longer to cook. Lightly pearled barley, on the other hand, is full of fiber and far healthier than a fully-refined grain.

Botanically speaking, buckwheat isn’t a grain at all. But its appearance and flavor see that it’s included in the family of grains. Buckwheat grows well because it tolerates poor soil and thrives without chemical pesticides. What’s more, buckwheat is the only grain known to have plenty of antioxidants and improve circulation.

Quinoa is getting plenty of buzz lately. It can be used in soups, salads and baked goods, as well as cereal flakes and other processed foods. Aside from being a whole grain, quinoa has an abundance of protein. In other words, it has all of the essential amino acids your body can’t make on its own.

These whole grains, and others, could mean good news for your heart and cardiovascular system, not to mention your overall life expectancy. So why not fill up the next time you sit down to eat?