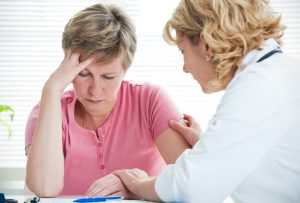 There is a relationship between heart disease and depression, and a new study is contributing to researchers understanding the complex connection. Presented at the American Heart Association Scientific Sessions conference, this new study used their Life Simple 7 measures to form their conclusions.

Researchers included more than 4,000 people who had taken part in a national survey where they were screened for depression using a basic questionnaire. Each participant was evaluated for weight, diet, physical activity, blood sugar, cholesterol, high blood pressure, and smoking.

Lead researcher Dr. Brent Medoff said “Whether it’s because they’re depressed and they don’t want to move around, or they’re not taking care of themselves, or they’re unable to get medication, (these) are things that we have to look for in other research.”

Further studies are needed to find a clear link between the two health issues. This research helps to lead the way to new studies by zeroing in on the root causes of the relationship between depression and heart disease. It provides a fresh perspective on a complicated interaction.

Some researchers have come up with an interesting theory about the relationship between depression and cardiovascular health. They believe the connection is likely behavioral. People who are depressed are more likely to be less active, have an unhealthy diet, and smoke. These lifestyle behaviors could lead to poor cardiovascular health.

Others believe that the connection may have something to do with the physical side of mental health. Depression can affect the nervous system in ways that can raise blood pressure and heart rate. There is also an increased risk of clotting due to a change in blood platelets, and depression can cause inflammation, which is linked to many diseases.

“Depression and depressive symptoms are not just in the brain,” Dr. Christopher Celano explains. “Your brain is connected to every other part of your body. We know more and more that these connections between the brain and the rest of the body go both ways. So, things that happen in your body can affect how you think and feel. And changes in your brain can affect many different parts of your body, including your heart.”

Until more is known about the relationship between depression and heart disease, this study outlines the importance of physicians assessing people for depressive symptoms. Although the connection between the two is not fully understood, the connection is known and should be prevented.