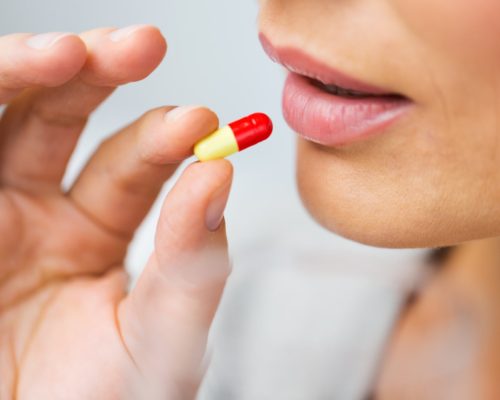 According to a recent study, women who take antibiotics over a long period are at an increased risk of heart attack and stroke. The study published in the European Heart Journal found that women aged 60 or older who took antibiotics for more than two months had the greatest risk of cardiovascular disease. A long duration of antibiotic use was also associated with an increased risk if taken during middle age, those aged 40-50.

Professor Lu Qi, director of the Tulane University Obesity Research Center, has concluded that a likely reason why there is an increased risk of cardiovascular disease is due to the imbalance of the microenvironment in the gut that is a direct result from antibiotics. Antibiotics alter the balance of the microbiomes in the gut destroying “good” probiotic bacteria and increasing the prevalence of viruses, and other micro-organisms that can cause disease.

“Antibiotic use is the most critical factor in altering the balance of microorganisms in the gut. Previous studies have shown a link between alterations in the micro-biotic environment of the gut and inflammation and narrowing of the blood vessels, stroke, and heart disease,” said professor Lu Qi.

The study looked at 36,429 women who took part in the Nurses’ Health Study, which has been running in the USA since 1976. For this research, they looked at data from 2004 to 2014. The participants were divided into age groups and categorized into four sections: those who had never taken antibiotics, those who had taken them for periods of less than 15 days, 15 days to two months, or for two months or longer.

By looking at the duration of antibiotic use in various stages of life, the study has found this association between long-term use in middle age and later life with an increased risk of stroke and heart disease. As women grow older, they are more likely to need more antibiotics, and sometimes for longer periods, which suggests a cumulative effect may be the reason for the stronger link in older age between antibiotic use and cardiovascular disease.

Professor Lu Qi concluded, “This is an observational study, and so it cannot show that antibiotics cause heart disease and stroke, only that there is a link between them. It’s possible that women who reported more antibiotic use might be sicker in other ways that we were unable to measure, or there may be other factors that could affect the results that we have not been able take account of.”

He suggests, “antibiotics should be used only when they are absolutely needed. Considering the potentially cumulative adverse effects, the shorter time of antibiotic use the better.”