Home » Heart Health » Why Is Your Heart Attack Risk Higher in the Morning? 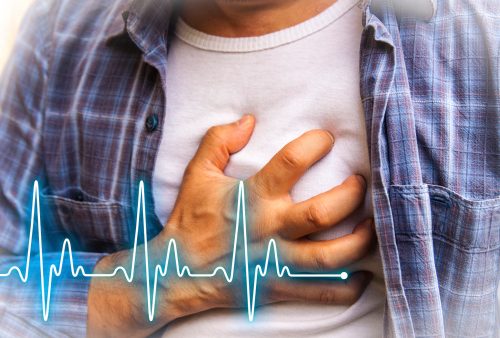 A new study has discovered that these patients also suffer from a higher risk of heart attack early in the morning. This is due to our body’s natural clock. The body’s clock becomes adjusted through external cues, such as lightness during the day and darkness at night, as well as our own daily functions, such as sleeping and eating.

New research has shown that this natural clock also affects our body’s defense system, including its ability to respond to injury and subsequently repair itself at varying times of the day. For patients with cardiovascular disease, the body’s defense system is less active during the morning hours, resulting in an increased risk of blood clot formation leading to a heart attack.

The study, originally published by Circulation Research and performed by a team of researchers at Queen Mary University of London, examined a particular group of molecules known as SPMs. SPMs are produced from omega-3 fatty acids and play a role in white blood cell and platelet behavior during periods of inflammation. The research team collected blood samples from 23 participants total—seven healthy patients and 16 who suffer from cardiovascular disease. The samples were collected at different times of the day.

What they found was that in people without cardiovascular disease, the level of SPM in their blood increased early in the morning. This helps to maintain proper behavior of both the white blood cells and the platelets. For those suffering from cardiovascular disease, their formation of SPMs was critically lower. This resulted in higher blood cell activation, creating clusters of white blood cells and platelets, which can contribute to the formation of blood clots and inflammation in the blood vessels.

Dr. Jesmond Dali, the lead researcher for the study, said “For people with heart disease, in the morning just before getting out of bed, an increase in heart rate together with other changes in the bloodstream, results in an activation of cells in the bloodstream. This leads to the formation of small clots which may lead to blockage of the blood vessels resulting in heart attack or stroke. We were surprised to discover that a small group of molecules from an essential fatty acid, previously thought not to have any clinical importance, actually appears to control this vital cell activation process. This helps us to understand how cardiovascular disease may occur, and uncover potential new ways to identify, treat and prevent it.”

The researchers also attempted to replace the levels of SPM in patients with cardiovascular disease to the result of improved cell behavior and reduced inflammation in the blood cells. Further research will be required to determine if this is a viable treatment option for maintaining SPM levels in these patients.

9 factors that increase your risk of a heart attack

Eat this one thing to prevent a heart attack