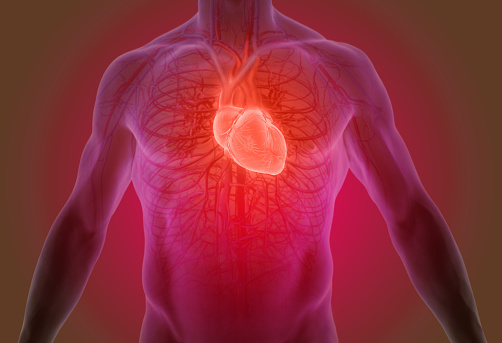 Heart muscles are often permanently damaged during a heart attack and get even more damaged during an angioplasty – a traditional treatment for blocked arteries that causes heart attacks. However, according to an article published in Science Daily on January 12, 2018, new research at the Eindhoven University of Technology has shown a way of limiting this damage.

In Eindhoven, Netherlands, cardiologists at Catharina Hospital experimented with localized cooling techniques during an angioplasty to assess its impact on the damage caused to heart muscles. This idea was based on the finding that sports wounds heal faster if they are immediately treated with a cold compress. Reducing the temperature has been known to reduce inflammation of a muscular injury, thereby minimizing the impact of its damage and speeding up the healing process.

Using the same principal, doctors at Catharina Hospital in Eindhoven attempted an angioplasty by injecting a cooling fluid at the entrance of the clogged coronary artery before opening it up to insert the stent. The artery is kept at a low temperature before the blockage is removed. However, in order to prevent further damage when the blood starts flowing, the cardiologists decided to keep the heart at a low temperature of four to five degrees for a period of about 10 minutes, within which they would insert the stent.

In order to do this, they injected a cooling fluid beyond the closing in the coronary artery. Keeping the artery cool while inserting the stent would limit blood flow, thereby preventing swelling that would otherwise cause capillaries to close due to its pressure. This is particularly significant for patients who have suffered an acute heart attack as additional damage to their heart tissues during procedures like angioplasty may cause some of the heart tissues to die. According to Dr. Otterspoor, this method would reduce the “consequential damage, or reperfusion.”

Scientists initially tried this procedure on 10 people and it was found to be successful and beneficial although it gave patients temporary discomfort. A follow-up study has now started at the Catharina Heart and Vascular Center, led by professor Dr. Nico Pijls. In this study, 100 patients will be given similar treatment at six different centers across Europe and in Great Britain. The results will be compared to another 100 patients who undergo the traditional procedure. This will help to reinforce the findings of the initial research.

This procedure was developed in close collaboration with scientists at the University of Eindhoven and those at Life Tech Group – an offshoot of the university itself. It was found to be safe and technically feasible at the same time. Observation of its immediate effect demonstrates how it is possible to not only prevent damage of heart muscles during an angioplasty, but also during a heart attack, if the affected part of the heart is cooled sufficiently. While the long-term benefits are yet to be determined, cardiologists suggest that implementing localized cooling to heart-attack patients could increase their chances of survival and prevent further complications.