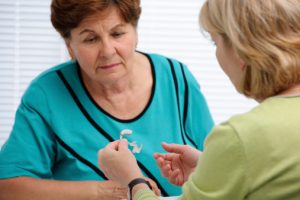 Senior study investigator, Frank Lin, M.D., Ph.D., said, “Our results show that hearing loss should not be considered an inconsequential part of aging, because it may come with some serious long-term consequences to healthy brain functioning. Our findings emphasize just how important it is for physicians to discuss hearing with their patients and to be proactive in addressing any hearing declines over time.” 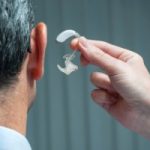 Between the two groups there were no cognitive differences, meaning that the use of hearing aids could maintain cognitive function just as well as not having hearing loss. The researchers did note that untreated hearing loss was associated with significant cognitive decline.

Donald Schum, Ph.D., vice president of Audiology and Professional Relations for Oticon Inc., said, “Improved communication made possible by hearing aids resulted in improved mood, social interactions and cognitively stimulating abilities and is the most likely underlying reason for the decreased cognitive decline reported in the study.”

The study not only reaffirms that hearing loss can contribute to cognitive decline, but offers a solution: wearing hearing aids can effectively help to maintain cognition. 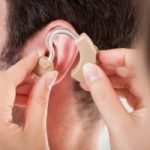 A previous study by Johns Hopkins and the National Institute on Aging found that hearing loss is linked with higher rates of dementia. The researchers suggest that a common pathology may link the two conditions, and hearing loss can promote social isolation, which is another risk factor for hearing loss.

Study leader Frank Lin, M.D., Ph.D., said, “Researchers have looked at what affects hearing loss, but few have looked at how hearing loss affects cognitive brain function. There hasn’t been much crosstalk between otologists and geriatricians, so it’s been unclear whether hearing loss and dementia are related.”

The research team used data from the Baltimore Longitudinal Study on Aging, which tracked thousands of men and women for decades. The researchers focused on 639 individuals with hearing loss and had their cognitive abilities tested. At the beginning of the study none of the participants had dementia.

By the end of the study 58 participants developed dementia, and the researchers concluded that hearing loss at the beginning of the study was a strong predictor of future dementia. It was found that volunteers with any hearing loss had a higher risk of developing dementia than the volunteers with healthy hearing. The risk increased twofold, threefold and fivefold for those with mild, moderate and severe hearing loss. Basically, the more hearing loss the volunteer experienced, the higher their risk was for developing dementia or another memory-declining condition.

Dr. Lin concluded, “A lot of people ignore hearing loss because it’s such a slow and insidious process as we age. Even if people feel as if they are not affected, we’re showing that it may well be a more serious problem.” 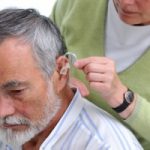 Aside from hearing loss being closely linked to cognitive decline, other research has revealed that adults with hearing loss are also at a higher risk for depression. The study found that compared to those without hearing loss, those with the condition had an 11 percent increased risk of developing depression.

James Firman, Ed.D., president and CEO of the National Council on Aging and reviewer of the study, said, “It is not surprising to me that they would be more likely to be depressed. People with hearing loss, especially those who don’t use hearing aids, find it more difficult to communicate with other people, whether in family situations, social gatherings or at work.”

The researchers examined data from the U.S. National Health and Nutrition Examination Survey, which included over 18,000 participants. Hearing status was self reported and participants over the age of 70 answered a questionnaire designed to reveal depression.

The further hearing loss worsened the more the depression did. Hearing loss and depression were closely related in those aged 18 to 69, and in women more than men.

In order to preserve mental well-being, Dr. Robert Frisina, director of the Global Center for Hearing & Speech Research at the University of South Florida, suggested, “If you have hearing loss, you need to go to an audiologist and otolaryngologist and have it diagnosed properly, and then you can look at treatment options.” 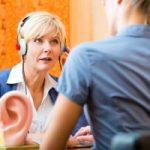 Although hearing loss cannot be reversed, hearing aids can be an easy alternative to improving and maintaining hearing. Here are some other benefits, aside from hearing, that wearing a hearing aids can provide based on the survey results:

Hearing aids can provide many benefits; unfortunately, not everyone has access to them, either due to cost or insurance complications. Furthermore, seniors may not wish to get them for fear they will look “old” or because they believe they are just fine without them.

Family and friends should encourage seniors to get hearing aids when possible as they can help greatly improve their overall lives.

Hearing loss in elderly linked to greater risk of death

The medications that could be hurting your hearing