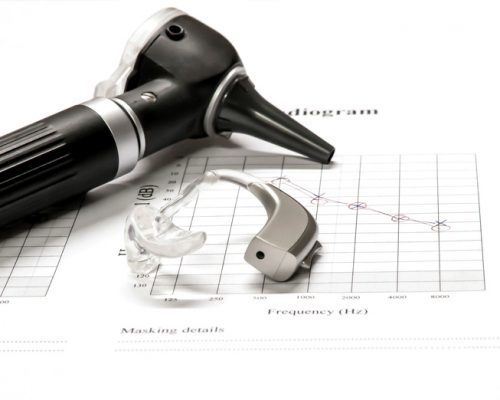 The research team led by Dr. Anil Lalwani concluded, “Hearing loss accelerates with age in the oldest old, a population in which hearing aids are vastly underused despite their great potential benefit.”

The researchers compared rates of hearing loss in 647 adults aged 80 to 106.

All participants underwent hearing evaluations and were divided into categories based on age range. Hearing loss was found to get progressively worse with aging.

Dr. Lalwani added, “We found that hearing is rapidly lost in patients over 80 years, and the rate of hearing loss accelerates during the 10th decade.” Gender differences did not show any difference in rates of hearing loss.
Hearing loss “is associated with numerous deleterious psychosocial, functional, and cognitive effects. It is a major public health concern as the population of individuals over the age of 80 is expected to double in the next 40 years. Hearing aids are underutilized in this population, despite the fact that hearing aid use has been shown to improve the social, functional, and emotional effects of hearing loss,” explained Dr. Lalwani.

Unlike tests for the heart, hearing tests are not commonly prescribed, and as a result, hearing problems are often swept under the rug and are overlooked. Experts suggest that hearing tests should be made part of a regular physical exam, especially in older adults.

The study was published in the journal JAMA Otolaryngology-Head & Neck Surgery.

Tinnitus treatment by retraining the brain may work to alleviate ringing symptoms: Study