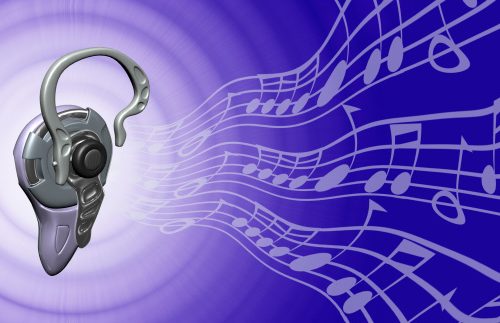 If you are suffering from hearing loss, you might also know that hearing loss causes other problems related to social wellbeing and mental health. In spite of your hearing loss, you can still enjoy sound by using your eyes: look for the sign with a T and the outline of an ear. This is an indication of “hearing loop,” a new system that can magnetically transmit sound from the PA system in a public place to the telecoil in your hearing aids. With your hearing aids’ microphones turned off and your T-coils turned on, you will hear better than most people in the audience.

This new ear-opening technology helps suppress background noise and amplify only the sounds you need. If you have problems with hearing, you can wirelessly transmit phone calls and stereo music to your hearing loops from your smartphone. You can even loop your home TV. With the simple press of a switch, a muted, obscure sound becomes clear – thanks to the hearing loop technology.

The first experience of switching the T-coils on and hearing the crystal-clear voice is an experience that according to one person “brought tears to my eyes.”

Hearing loops are found all over Britain; at tens of thousands of ticket windows, in auditoriums, churches, pharmacies, post offices and in every London taxi. It wouldn’t be too much of an exaggeration to say England is “in the loop.”

But here in the U.S. we are still far behind. Theaters and other public venues generally offer “assistive listening” devices. However, this requires people with hearing loss to locate, checkout, and wear a headset, so these conspicuous gadgets are rarely, if ever, used. When a local movie multiplex in Holland, Michigan, was surveyed for the use of these headsets, it was determined that the headset units get used on an average of once per month, per theater.

That’s a real shame because close to 48 million Americans have hearing loss in one or both ears. And the individual cost of a hearing loop is very minimal. Picking up the magnetic signal requires a $2 telecoil. 72 percent of the hearing-aid models, and all cochlear implants sold in the U.S. last year had these telecoils.

The problem is with the broadcasting aspect of the loop. Replacing existing installations of less convenient technologies with a hearing loop involves running a coil of wire to cover the whole area. The cost can reach several thousand dollars for a modest-size church or auditorium.

But efforts are being made, and some public areas are getting out of the inertia and leaping forward into the loop of things. With support from the Hearing Loss Association of America, the American Academy of Audiology and other hearing loop advocates, the technology is spreading throughout the U.S.

The Grand Rapids airport in Michigan recently looped both of its concourses and 15 gates to broadcast boarding and delay announcements directly to hearing aids. The cost to install the system was a little more than $130,000.

In New York City, most new Nissan taxis, subway fare booths and several Broadway and Lincoln Center theaters are now looped. In Washington, D.C., the chambers of the Supreme Court and the U.S. House of Representatives are “looped.”

All of this represents a huge step forward for people with hearing loss. In a survey of 866 people last year, when the people were asked to rate the performance of their hearing aids or cochlear implants using a 10-point scale, the average response in a non-looped setting was 4.9 as opposed to 8.7 in a looped setting.

With momentum now on the side of the hearing loop, I happily foresee a future which the thousands of people with hearing loss could not have imagined. Hearing loss need not be debilitating or isolating. If you are suffering with hearing, you might want to heed the advice of the Hearing Loss Association of America and “Get in the Hearing Loop.”