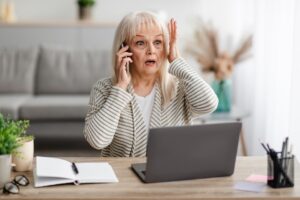 Throughout your life, you’ve likely lost contact with former friends. Not that anything bad happened, just that as life moved on and became busier, you lost touch.

But guess what? That person would likely love to hear from you. And it could also offer some big health benefits for both of you.

New research shows that texting or emailing friends you haven’t seen in a while will likely be highly appreciated, especially if it comes as a surprise. The research also found that people vastly underestimate how much it means to someone when a message is sent.

So, if you’ve ever thought about contacting an old friend or acquaintance but hesitated, it’s probably a good idea to send that message. After all, what’s the risk?

On the other hand, the pay-off could be great. It can not only make the person you’ve contacted feel great, but it can lead to some great experiences.

For example, my aunt, who lives in Australia, recently reached out to an old friend she’d known in Vancouver. They’d grown up together, but as life evolved, they lost touch. Now they are planning to connect and spend some time together later this year.

Researchers mentioned one potential caveat to the benefits of contacting former casual friends: it may only have benefits if the two of you simply lost touch. If the relationship ended due to some falling out, the person might not enjoy seeing your message.

Hearing from people from your past can help you rekindle some old memories, share some laughs, and perhaps expand your social circle. Listening to and talking to people is also associated with a host of health benefits.

To enjoy them, all it may take is a message that says, “I was just thinking about you. How is it going?”