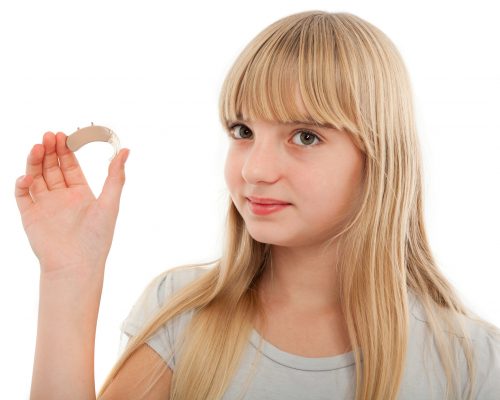 New research has found that hearing damage is occurring at a much younger age, and no longer only affects seniors only. In fact, teenagers are now experiencing hearing damage, and the findings were uncovered during the study of tinnitus – which is ringing in the ears.

Author of the study Larry Roberts said, “It’s a growing problem and I think it’s getting worse. My personal view is that there is a major public health challenge coming down the road in terms of difficulties with hearing.”

The researchers performed detailed hearing tests on 170 students aged 11 to 17. They found that majority of them partook in risky listening habits – through parties, clubs, and personal listening devices – and that just over a quarter of them were already experiencing tinnitus, which commonly affects individuals over the age of 50.
Further testing revealed that even though the study participants experienced the same hearing quality as their peers, those with tinnitus were more likely to have a lower tolerance for loud noises, which indicates nerve damage.

Roberts explained that when auditory nerves are damaged, their sensitivity to sound is increased, which can make normal noises sound much louder. Increased loudness perception points to nerve damage, which cannot be detected by audiogram, the standard hearing test.

Roberts added, “The levels of sound exposure that are quite commonplace in our environment, particularly among youth, appear to be sufficient to produce hidden cochlear injuries. The message is, ‘Protect your ears’.”

Temporary tinnitus is common after attending a concert, something that had occurred to many of the participants at least once, in their own words. These individuals also reported a greater sensitivity to loud noises, a type of damage that cannot be repaired.

Prevention is the key here, as many aspects of hearing damage and hearing loss are irreversible. Taking the necessary steps to prevent hearing loss can help maintain hearing for many years to come.