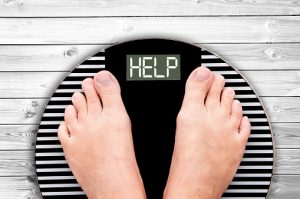 Being grossly overweight is unhealthy and everyone knows it, yet nearly 78 million adults and 13 million children in the United States suffer from the emotional and negative health effects of obesity every day. Obesity is a real epidemic in America, with more and more individuals eating unhealthy foods and getting less exercise. In a society where upsizing your meal and drink only cost you a few cents, people have a hard time refusing such a bargain, but unfortunately, it comes at the cost of increased waistlines. Obesity is one of the leading causes of high cholesterol, poor sugar control, diabetes, and high blood pressure, but these symptoms may not be apparent in some obese individuals, which has made them coin the term “healthy obese,” but according to a new study, there is no such thing.

The aforementioned obesity-associated conditions have increased the risk of cardiovascular disease and stroke, very common causes of death in Americans today. Those who identify as “healthy obese” don’t have the typical metabolic problems associated with obesity, which allows them to feel that their current eating habits are harmless.


“Metabolically healthy obese individuals are at higher risk of coronary heart disease, cerebrovascular disease and heart failure than normal-weight metabolically healthy individuals. The priority of health professionals should be to promote and facilitate weight loss among obese persons, regardless of the presence or absence of metabolic abnormalities,” said study author Dr. Rishi Caleyachetty, an epidemiologist at the University of Birmingham’s College of Medical and Dental Sciences.

The term “healthy obese” is not a harmless is a myth that should not be propagated, according to the researchers. Despite not showing any metabolic symptoms at the time of diagnosis, these individuals are at a heightened risk for their development in the future, and they should be made aware of this.