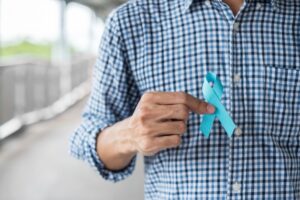 Genetics can certainly play a role in a man’s risk for prostate illness, but a new study suggests that much of that harm can be limited by a healthy lifestyle.

Researchers found that a man’s story is not written out for him by his family history and that he has the power to reduce the damage an unhealthy prostate may cause. The study found that those who lived healthily were far less likely to be killed by prostate disease.

According to the findings published in European Urology, men who adopted healthy living had a 1.6 percent risk of dying from prostate-related illness, compared to a 5.3 percent risk for their counterparts with unhealthy lifestyle habits.

Interestingly, the researchers found that lifestyle did not seem to impact the overall risk for developing the disease but rather how aggressive and risky the disease became.

One of the researchers suggested that an unhealthy lifestyle may fuel the fire for those genetically inclined to have prostate issues.

The most critical factor the researchers identified was exercise.

Prostate health problems are quite common among men. One in eight is diagnosed with a disease, but it is often very slow to develop and may never progress to the point where it is life-threatening. Only about 1 in 41 people will be killed by the condition.

Regardless of your genetic predisposition, you can do things that will reduce the risk of prostate-related illness. Getting exercise, eating a healthy diet, and maintaining a healthy weight can help with overall health and limit the likelihood of severe prostate trouble.