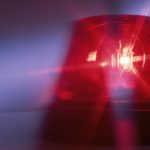 Pain is a sensation that is strongly associated with discomfort and damage to the body. Pain is often caused by a stimulus that exists in the environment, or a dysfunction within the body. One of the most common types of pain involves headaches, which may be caused by a wide range of factors. Recurring headaches are generally considered as migraines and these disorders often affected the performance and quality of life of an individual. People suffering severe headaches and migraines usually take a day or two off work, thus affecting the output and production of a company. Headaches and migraines may also influence an individual’s decision-making, which may in turn affect other factors in one’s life.

Currently, a number of pain reducers are available over-the-counter, yet these medications may also eventually affect certain organs of the body. For certain individuals suffering from major headaches and migraines, these formulations may not be very effective in reducing pain.

According to a recent medical report, pain may also be reduced through the exposure of an individual to light. The principle behind this approach involves the signals that are produced by the brain, which is the major control center of the body. When a person sees light, his or her brain sends signals to the rest of the body and thus the introduction of a certain type of light that influences the production of natural pain reducers may help in the reduction of headaches and migraines.

Using infrared light, which is the non-visible component in sunlight, the researchers found that the study participants felt less pain when subjected to discomforting scenarios such as putting pressure on the hand. On the other hand, study participants who were given the same uncomfortable pressure on the hand in the absence of infrared light expressed pain.

The actual mechanism behind the decrease in the sensation of discomfort involves the capacity of the brain to transmit signals to the rest of the body. The researchers suggested that based on their data from magnetic resonance imaging, certain regions of the brain were activated in the presence of infrared light, possibly producing natural analgesics that were similar in action to painkillers available in the local pharmacy.

The results of the study showed that there are natural remedies that could help reduce the impact of headaches and migraines. This promising result may potentially serve as an additional option in the treatment of severe forms of pain, including that of migraines. In addition, the use of non-pharmacologic treatment may also reduce the occurrence of drug complications, such as those involving liver toxicities.

It is quite exciting to hear that infrared light that is present in sunlight may serve as a remedy for migraines and headaches. It would actually be nice to know that spending time in the sun is an effective treatment for pain. Although there is a need to conduct further studies on infrared light, this recent medical report serves as one of the initial approaches in finding safer methods in treating pain.