Home » Health News » Have You Heard of Cognitive Reserve? It Might Help You Delay Dementia 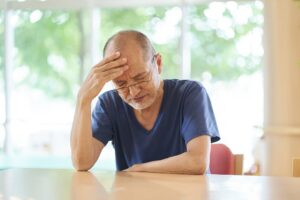 Have you heard of cognitive reserve? Regardless of whether you have or not, it could be a central figure in how your brain ages.

Cognitive reserve is your brain’s ability to improvise, maneuver, and find different routes to accomplishing a task. Kind of like a performance car that can hit another gear to accelerate and weave around an obstacle, your brain can change how it operates to help you cope with challenges.

You develop cognitive reserve over a lifetime of learning and curiosity to help your brain cope with failures or declines.

This concept developed in the late 1990s when researchers described individuals with no apparent symptoms of dementia who were ultimately found to have brain changes resembling those of people with advanced Alzheimer’s.

It was believed that these individuals didn’t show symptoms of the disease during their lives because they had a large enough cognitive reserve to offset the damage, thereby allowing them to function as normal.

Since that time, a growing body of research has uncovered that people with greater cognitive reserve are better able to hold off symptoms of degenerative brain changes.

It is also possible that a more robust cognitive reserve can aid in function when you’re exposed to unexpected life events like stress, surgery, or environmental toxins.

So, how can you build cognitive reserve? The first step is to know that you can have some control over your brain health.

It is never too late to learn or find other ways of stimulating your brain. Finding ways to stay mentally, physically, and socially active can all contribute to cognitive reserve.

Taking on a hobby – either a new one or revisiting something you did in your past – can help connect brain networks. Keep progressing so your brain gets stronger, bit by bit.