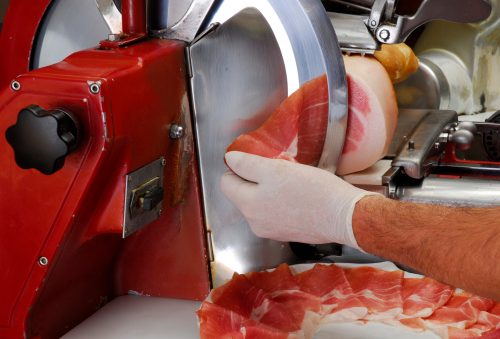 Your local sandwich shop could be serving you more than deli meat on bread – in fact, a new study has found that many deli meat slicers are not properly sanitized, thus raising the risk for harmful bacteria, including listeria.

The new government survey that sampled delis found that deli meat slicers are not cleaned every four hours as recommended. This increases the risk of deadly listeria, according to the Centers for Disease Control and Prevention (CDC).

Nearly 700 deli managers were contacted regarding the survey and only 43 percent agreed to participate. Brown and her team asked the managers and workers of 298 randomly selected participating delis about their daily safety measures.

The researchers found that about half of the delis fully cleaned their slicers less often than the FDA-recommended four hours. Deli chains were more likely to adhere to the guidelines, compared to independent shops, and busier delis were more likely to clean their machines than shops that were not as busy.
Other factors that contributed to a higher frequency of meat slicer cleaning included having more than one slicer, having more workers per shift, dealing with a higher turnover of meat products, and having a written slicer cleaning protocol posted above the machines.

The CDC suggests the scope of the problem is way larger than what the survey sample results revealed because of “social desirability bias,” meaning, respondents gave the answers that reflected well on their particular deli.

Brown suggests education is key in instilling proper hygiene and deli safety tips. “Because frequencies of slicer cleaning were lower at independent and smaller delis, prevention efforts should focus on these types of establishments,” explained Brown.