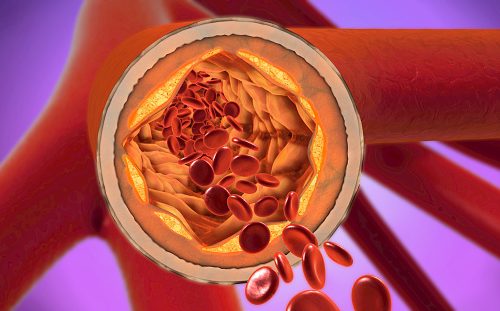 Hardening of the arteries, technically called arteriosclerosis, is a condition that is caused by a deposit of minerals on the walls of arteries. This occurs when the fat deposits on the internal walls of arteries calcifies. Arteries that develop this are narrow and pump insufficient blood to the organs.

Significant constriction and stiffening can lead to problems such as angina, abnormal cardiac rhythms, and even heart attack and stroke. While there is no known cure for the disorder, lifestyle changes and medical intervention including surgery can help to reduce symptoms and prevent the disease from progressing.

A recent study at McGill University attempted to understand how this calcification occurs with the hope of finding a way of preventing it altogether.

The study was carried out under the leadership of Marta Cerruti in collaboration with Monzur Murshed (researcher at McGill University) and his trainees. Cerruti used Canadian Light Source tools to study the calcified arteries of laboratory mice, which had been genetically modified.

There were two key findings of the research:


Researchers were also able to observe the presence of initial calcium phosphate deposits in the layers of arteries that contained elastin.

Researchers involved in the study believe that medical intervention at the time that calcium phosphate begins to crystallize on the walls of arteries can help to prevent calcification of arteries. If nucleation is stopped, arterial mineralization can be prevented.

Cerruti recommends that the findings be used in an interdisciplinary study to develop biomolecules as a treatment that can block this process and prevent crystal formation. This would help develop a drug that has the potential to treat arteriosclerosis.

Increased thyroid hormone levels may be tied to atherosclerosis