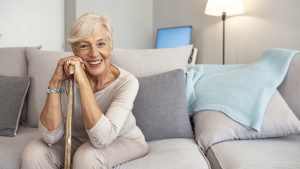 The new study adds to some existing evidence that depression is linked to dementia, and it looks at how a person’s mental state earlier in their life plays a role in cognition later in life.

An association also exists between mental state in older adults and dementia risk in old age.

The research team from the University of California – San Francisco used statistical modeling to predict trajectories of depressive symptoms for approximately 15,000 participants aged 20 to 89. They then applied the trajectories to about 6,000 older participants.

The findings suggest that the more depressive symptoms a person has, the lower their cognition and the faster it declines.

Regardless of age, it appears that mental health might play just as important a role in dementia risk as physical health. Doing your best to monitor emotions and manage them could help protect your memory and ability to think with age.

There are various things a person can do to help combat depression, including things like building and nurturing personal relationships and social ties, exercise, talk therapy, medication, and more.

If you’re feeling depressed and concerned about how it may impact your mental health later in life, consider exploring treatment options.