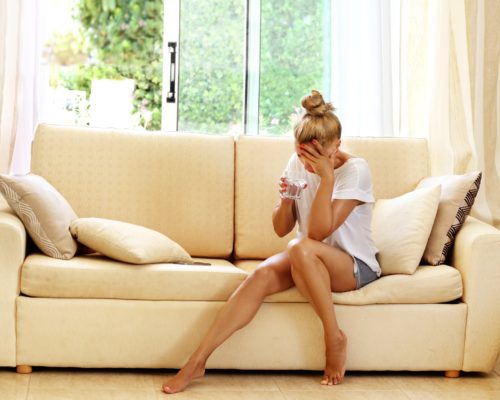 New research shows how hangovers may not just be a nuisance—they may actually reduce brain function and affect memory. Most of us, at one point or another, have had a little too much of a good night out and experienced a hangover, but this new research sheds light on how it may be more serious than previously thought.

According to a new study by Swinburne University of Technology (Swinburne) in Melbourne, hangovers don’t end the day after a night of drinking. A hangover is associated with a variety of symptoms that may include headache, concentration problems, dry mouth, dizziness, stomach complaints, sweating, nausea, and a feeling of general discomfort that may last more than 24 hours.

Conducted in the central entertainment district of Brisbane, the research involved interviewing and breathalyzing 100 participants at the end of a night out of drinking. The following morning, participants were required to complete an online survey and cognitive test while experiencing various degrees of hangovers. These tests measured cognitive function, including memory and executive function.

The conclusion of the study found that those who showed a higher breath alcohol concentration (BAC) on the previous night spent more time drinking, showed signs of worse hangover symptoms, and took more time with the test than more sober counterparts.

Swinburne Postdoctoral Research Fellow, Dr. Sarah Benson, said: “Not surprisingly, the more alcohol that is consumed, the worse the hangover and impairment to the brain. However, this type of research is important, so people understand their limitations while hungover.”

“It is important to learn more about the causes and consequences of hangovers because not only are hangovers very commonly experienced, but they also have potentially huge negative effects on day-to-day activities,” she says.

“For example, our study proves that hangovers reduce the ability to engage in complex behaviors, and thus ability to drive, work, study, or conduct other activities are impaired by hangover.”

Researchers behind this study say they will continue to explore the effects of hangovers on cognitive function. Although they found that having participants complete an online study made it relatively simple, they are currently looking for better ways to engage with a wider pool of participants so they can continue research on brain function.