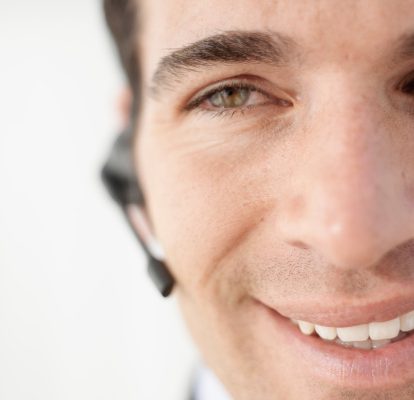 It turns out that talking on a hands free device, while driving, may not be as safe as we believe, especially during tricky traffic conditions.  Toronto-based researchers found that the area of the brain that is responsible for making a safe left hand turn largely shuts down during a cell phone conversation whether it’s hands free or not.

Dr. Schweizer, of St. Michael’s hospital in Toronto, spent time developing a driving simulator inside a function magnetic resonance imaging machine (fMRI).  Functional magnetic resonance imaging is an ideal way to measure brain function and activity because it measures blood flow to different areas of the brain in real time.  This allows the areas that are being activated and deactivated to be seen in real-time.

The team of researchers, led by Dr. Schweizer, studied seven women and nine men between the ages of 20 and 30.  The participants had a brain scan using the fMRI while they were in the driving simulator.  During the brain scan, the participants were asked to drive straight, turn left with no traffic, turn left with on-coming traffic and in some instances they had to answer true and false questions at the same time in an effort to mimic a hands free phone conversation. The results of this research showed that brain function differed with various types of driving tasks.

Many serious crashes occur when drivers are making left hand turns at busy intersections.  Left hand turns can be complicated to make because there are many things that a driver has to take into consideration including: on-coming traffic, pedestrians, and timing of lights.  Add in a phone conversation and the results can be disastrous.  The results from this study showed that brain function during a difficult left hand turn was excessively demanding on the posterior, visual and spatial areas of the brain, which are the areas responsible for vision processing and maintaining alertness.  Interestingly, these areas of the brain were basically turned off when the participants were having a simulated hands free phone call. Blood flow in the brain was instead redirected towards the prefrontal cortex which is involved in conversation during these simulated conversations.

The Visual Cortex of the Brain and Collisions

The visual cortex is the area of the brain that is a key player in making safe left hand turns.  When this area is shut down during a hands free conversation, a crash can occur when making the decision to turn left.  This partially explains why drivers using hand held and hands free devices have similar crash statistics.  Additional research is needed to determine the brain function difference that are seen when drivers are using hand held devices to better understand the relationship.

While using hand held devices is banned across provincial and territorial laws across Canada, the use of hands free devices is still allowed.  This research shows that multi-tasking when driving; including chatting on hands free devices, can compromise vision and mental alertness thereby leading to collisions.  Further, larger scale studies are needed to determine if the negative effects on brain function while have a hands free conversation are seen across all age populations.  For the time being, the findings from this study suggest that you should shut your phone off completely while driving to allow your brain to function optimally and focus on the task at hand – driving.