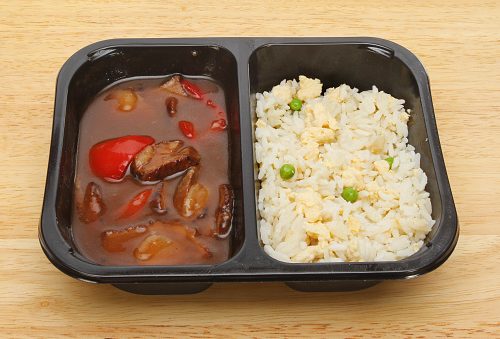 Nearly half of Americans obtain most of their calories from what is deemed as “ultra-processed” foods. These foods make up for nearly 90 percent of excess sugar.

Ultra-processed foods consist of foods with a combination of the following ingredients: salt, sugar, oils and fats, chemicals and flavorings not typically used in traditional cooking, as well as emulsifiers and additives.

Lead researcher Euridice Martinez Steele said, “Decreasing the consumption of ultra-processed foods may be an effective way of reducing the excessive added sugar intake in the U.S.”

Processed foods are those with additional salt, sugar, and other ingredients normally found in traditional cooking – just in higher amounts.

Added sugar increases the risk of weight gain, diabetes, heart disease, and tooth decay. Steele added, “There is one relatively simple way to avoid excessive added sugar — not replacing real food, such as minimally processed foods and freshly-prepared dishes and meals, with ultra-processed food and drink products.”
It is best to consume water and avoid beverages with added sugar such as soda. Furthermore, reduce your intake of prepared foods like instant noodles or frozen meals.

The study looked at data from over 9,000 individuals who volunteered to partake in the 2009-10 National Health and Nutrition Examination Survey.

Added sugars were found to be in one in five calories within ultra-processed foods. That is eight times greater than added sugar in other forms of food.

The upper limit of calories from sugar is 10 percent, but in those who consumed ultra-processed food added sugars accounted for 80 percent of their calories.

Nutritionist Samantha Heller added, “What many consumers do not realize is that added sugars come in many forms in many highly processed foods that include desserts and sweets, but that also include foods like sausages, cereal bars, ketchup, French fries, salad dressings and frozen pizzas.”

The study highlights the amount of ultra-processed foods found in the American diet and the importance of cutting them out in order to improve health outcomes. Rather than buying packaged and processed, opt for homemade in order to reduce the excess and know exactly what is going into your food.