Home » Health News » Had a Heart Attack? You Might Want to Do Everything in Your Power to Avoid a Second 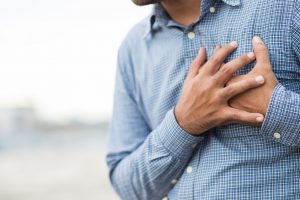 No one wants a first a heart attack. Thankfully, most people survive one. But surviving a second is a heck of a lot more unlikely.

About 805,000 people in the United States suffer a heart attack each year that is typically treated effectively with medication or surgery. About a quarter of those heart attacks, however, are a person’s second. When a second one hits, there’s a 50 percent chance it’ll be a killer.

Only about 2.5 percent of the 6,626 heart attack patients admitted to the Cleveland Clinic from 2010 through 2017 suffered an attack. But those that did experience this rare trauma would die within five years half of the time.

When it comes to heart attacks, you really don’t want a first one. The message here isn’t that you’re made in the shade if your heart stops working once. Preventing that is essential to good health and quality of life. But if you do have a heart attack, adopting a preventative strategy for the second is highly recommended.

Preventing a recurrent heart attack means that you’re following the protocols outlined by your doctor. It means you’re taking your medication and focusing on a preventative lifestyle to reduce risk factors.

What is a preventative lifestyle? It means you’re getting some exercise, eating a heart-healthy diet (like the DASH or Mediterranean), losing weight, controlling blood pressure, limiting alcohol, and quitting smoking.